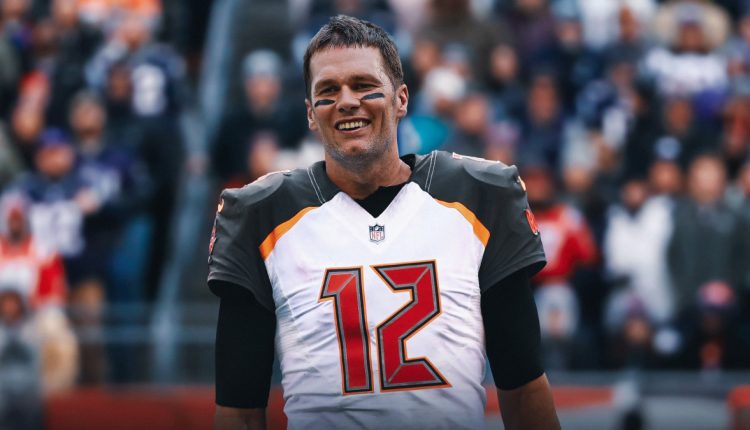 Tom Brady shut up the haters and the doubters getting his first win with the Tampa Bay Buccaneers. He threw for 217 yards, one touchdown and an interception.

A thrilling 31-17 victory over the Carolina Panthers that got many buccaneer’s fans breathing a sigh of relief.

The players that showed up for Buccaneers on the day were, Leonard Fournette, who rushed for 103 yards and two TDs, Fournette also averaged 8.6 yards per carry. Mike Evans got seven receptions for 104 yards.

Brady avoided smudging his record as the last thing he desired was starting a season with consecutive losses for the first time in his career.

Brady had tossed a 23-yard TD pass to Mike Evans in the first quarter. Fournette ran 46 yard play reminiscent of the hype we remembered about him.

Carolina got fired after half time, because they had not scored the all first half. They rallied from a 21 deficit to come to 24-17 thanks to a pair of TD runs by Christian McCaffrey. McCaffrey ended up injured after the second touchdown and did not play most of the fourth quarter. He had rushed 58 yards and had 29 receiving on four catches.

The defense set the tone for Sunday’s victory, forcing two turnovers. Rookie safety Antoine Winfield Jr. sacked Bridgewater then Jason Pierre-Paul recovered. Brady did not waste the chance, completing the 23-yard TD pass to Evans on the next play.

Cornerback Donte Jackson was the one that intercepted Brady returning it for 44 yards. That sparked Carolina’s comeback even if it came up short.

Brady completed 23 of 35 passes compared to Teddy Bridgewater throwing 33 for 42, for 367 yards and two interceptions for the Panthers.

The players that showed up for Panthers on the day were DJ Moore had eight catches for 120 yards and Robby Anderson had nine receptions for 109 yards.

Brady had threw for 239 yards and two TDs during the previous week’s 34-23 season-opening loss at New Orleans. He had more interceptions in that game, two of them, one of which got returned for a touchdown.

Panthers Had a Bad Start

Teddy Bridgewater threw an interception just five minutes into the game. Brady did not waste that either. He led a 10-play, 81-yard march down the field for a touchdown that included a sterling 50-yard throw to Mike Evans.

Brady still has a problem, a troubling trend that should be worrying if it gets worse. Just two games in, Brady had thrown three interceptions.

In that game he had a deep connection with Chris Godwin before the mistakes started piling up. Their offensive line struggled to create clean pockets against the pass rush. Brady got intercepted twice.

Then Mike Edwards fielded a kickoff headed straight to Jaydon Mickens and fumbled it. It was the perfect cherry on top of the terrible match that they played until then.

It is likely he still needs time to gel with the team and really get a firm chemistry with the players.

Tampa Bay was also quiet in the second half, while the Panthers found their feet. After capitalizing on that Brady interception with a touchdown, they scored on their very next possession to make it a 21-14 game.

The Buccaneers still won, but it is likely Brady this is signaling that he will struggle against stronger teams like the Saints, the Chiefs, the Ravens etc. But this is Tom Brady we are talking about and it can be said he will get better as time goes on. His prowess and achievement allows us the chance to give him the benefit of the doubt.

Right now the two legendary quarterbacks Brady and Brees are in the same division for the first time. Brady will see Brees again and naturally, Brady wants to beat Brees and make the statement that he can help the Buccaneers take the crown of that division.

Time will tell if he can do it, because he does not have many years in the tank at forty three.