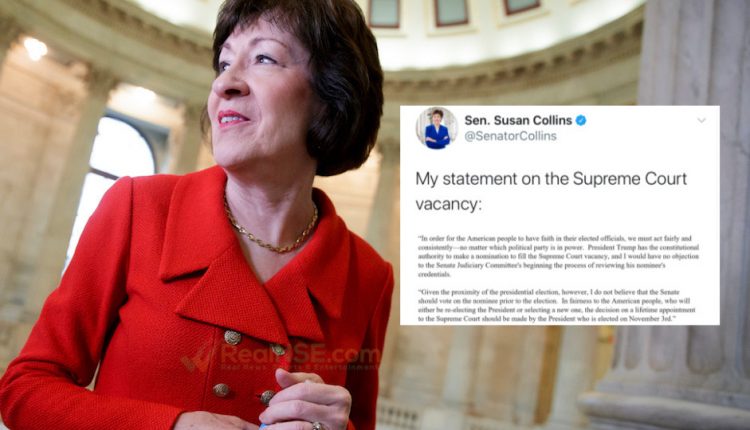 The problem with her statement is that it makes no sense. In the first part of her statement, she sounds all for nominating a new Justice.

“In order for the American people to have faith in their elected officials, we must act fairly and consistently — no matter which political party is in power. President Trump has the constitutional authority to make a nomination to fill the Supreme Court vacancy, and I would have no objection to the Senate Judiciary Committee’s beginning the process of reviewing his nominee’s credentials.“

Then in the second part of her statement, she flips and is against it.

“Given the proximity of the presidential election, however, I do not believe that the Senate should vote on the nominee prior to the election. In fairness to the American people, who will either be reelecting the President or selecting a new one, the decision on a lifetime appointment to the Supreme Court should be made by the President who is elected on November 3rd.”

My statement on the Supreme Court vacancy: pic.twitter.com/jvYyDN5gG4

She says not holding the nomination hearings are “in fairness to the American people,” which is interesting seeing as the American people are the ones that elected Donald Trump. So by stalling a nomination or preventing one, Collins is saying their vote doesn’t matter. President Trump’s constitutional right doesn’t matter. It should all be put on hold because an election is going on?