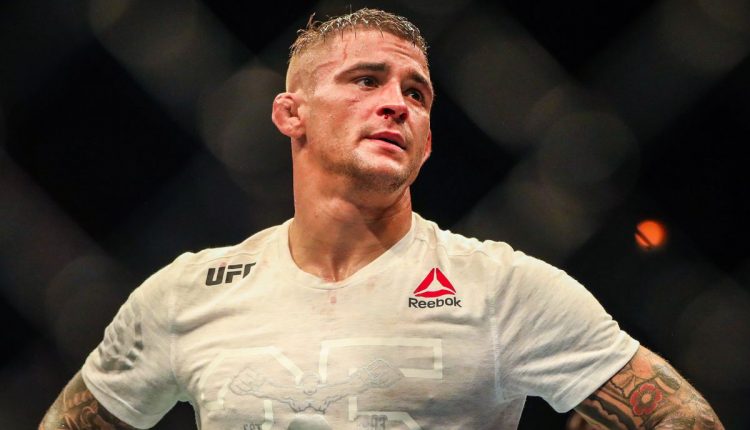 At UFC 254 Dustin Poirier might have gotten Dana White’s ire.

The matchup was between former interim UFC lightweight champion Poirier and Tony Ferguson.

“The Diamond” Dustin Poirier revealed he didn’t reach financial terms with the UFC. So that made the fight a tricky subject to bring up if Dustin was not being paid.

Tony Ferguson made a social media post pushing the UFC to pay Poirier so they can get on with the fight.

White countered that by saying Poirier became inflexible. The amount he asked for was too high for White to agree to. Then White went to assumptions about why Poirier might have asked for too high an amount.

“Listen, there’s a lot of different ways to turn down a fight. Negotiating yourself out of one is one of the ways you can do it. So for whatever reason, he didn’t want to take this fight. Only he knows that,” White said.

Dustin Poirier countered that by saying he wanted the fight.

If Dustin Poirier does not bless us with his presence, who should Tony Ferguson fight next?

Many know Dustin Poirier wants the Tony Ferguson fight. White’s statement is a huge slight against Poirier, a veteran who has a reputation where he is down to fight anyone, anytime.

White likely does not not want pay Dustin Poirier his end of the bargain. Is it because Dustin Poirier is a aging fighter or is it because White does not value Poirier that highly? Who knows, but it looks like Tony Ferguson will get Michael Chandler instead.

The promotion desires a top lightweight fight on the UFC 254 carda asa backup to the main event of Khabib Nurmagomedov vs. JustinG Gaethje

It is a smart move considering the disaster that occurred last time. Gilbert Burns could not fight because he tested positive for COVID-19 a week before his title fight against Kamaru Usman.

UFC ended up signing Jorge Masvidal to rescue the event, at a huge cost to them to be sure.

Poirier deserves better though. He has always been there for the UFC. Five of his last eight fights were awarded Fight of the Night bonuses, contrast that with his charitable work.

He has turned into one of the most beloved fighters in the sport. That is why the vast majority of the fanbase backed up Poirier and urged the UFC to pay him what he wants.

Naturally, he deserves more to fight Ferguson. At this point, based on where things stand, I think Chandler ultimately signs with the UFC. He always wanted to fight for the leading MMA promotion. He like many fighter want to prove their the best in the world.

In his position, that would be in the Lightweight category.

Ferguson can decline the fight and continue to stand by Poirier. It can be said, that fighing another lightweight champion from another division would be a spectacle.

I guess we will see how this plays out.

Barcelona, Messi and the Future for the Catalan Club