Barcelona, Messi and the Future for the Catalan Club4 minute read

Will Barcelona be able to bounce back? 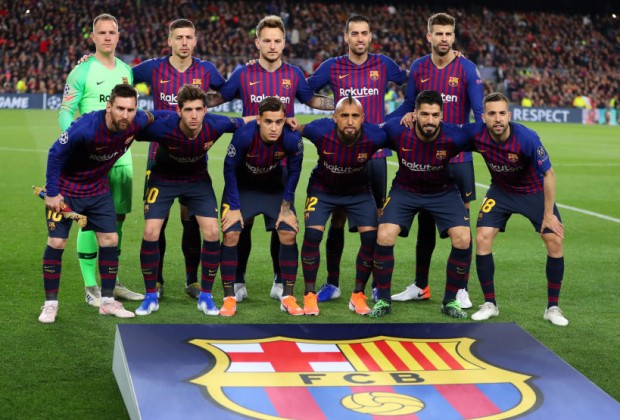 Barcelona were in a rather delicate pickle where their star player Lionel Messi almost left the club. Or at least wanted to. That was not because he had no love for Barcelona, but because he was a player that desired what all elite players desired.

To win, it is a simple thing and Barcelona as an organization failed to deliver that over the last few years. Barcelona have not done poorly by a star studded team’s standards. But they have not done good either. Whether at home and in international competitions, it has been a potent dry spell. This year alone, they have won no trophies.

He still has a standoffish feeling towards the board of the club after his recent interview.

But he decided to remain on contract as a Barcelona player until the end of the 2020/21 campaign.

Going forward, Barcelona needs that ‘sporting project’ if they want any hope of making Lionel Messi stay beyond that.

Would such a possibility exist? Probably not, considering how the relationship between Bartomeu and Messi is playing out. Even if they had a fantastic winning season Messi might still leave.

Messi said it himself, they are a board who just plug holes. Still they might be gone within the year due to the next election coming up. So there is hope if someone with promise can shift the ship onto calmer waters.

Joan Laporta wants to throw his hat into the ring, but not many locals trust him.

Many think Victor Font to be a good candidate. He has the right people behind him and he has the paperwork fully finalized.

It is still up in the air what will happen. We will have to wait to see.

Until then lets talk about the players that might come or leave Barcelona this season.

Luis Suarez was told that he was free to leave Barcelona this summer.

The reports said that the striker was not a part of Ronald Korman’s plans. Being given those marching orders, he was told to start looking for a new club.

Now, a report in AS says that the new Barcelona manager was not the one behind that decision.

The report also says that Ronald Koeman is actually willing to work with Suarez, but the Barcelona board are looking to sell the player this summer. Maybe their idea of getting some fresh cash to use in revitalizing the team.

Or getting rid of players who have not produced much for the team in a while. Suarez is a great player, but he has not performed spectacularly for the team this season.

The board will get its way this time around it seemed.

Ronald Koeman is looking to seal some deals before the transfer window closes. One of them is Jules Kounde. Barcelona had expressed interest in signing Jules Kounde, this is according to Mundo Deportivo.

The report indicates that signing the defender was definitely a possibility for him this summer. Still, Barcelona is not the only one looking to Kounde’s services.

Real Madrid’s been interested in Kounde as well. Who will get him first will be interesting to see considering the sides are fierce rivals. So this transfer is heating up quite rapidly.

Barcelona only got one problem in their way. Sevilla do not want sell Kounde for anything under the €75 million release clause on his contract.

Barcelona are also interested in signing Eric Garcia from Manchester City this summer. What will come of that depends on whether they will offer Manchester what they want. What Manchester wanted was forty million euros.

The last bid was ten million. The reason why Barcelona probably lowballed them. Eric Garcia has only one year left on his contract. So whether now or next year on the free Barcelona seems likely to get him.

There is also Angelino, another defender they want to shore up their defense. He is desired to replace Jordi Alba.

Dustin Poirier Might Not Get His Fight At the UFC 254

Islanders and Lightning Are At Odds in This Stanley Cup Playoffs