Protests May Have Turned Away Fans4 minute read

Is this a trend or new reality for american sports? 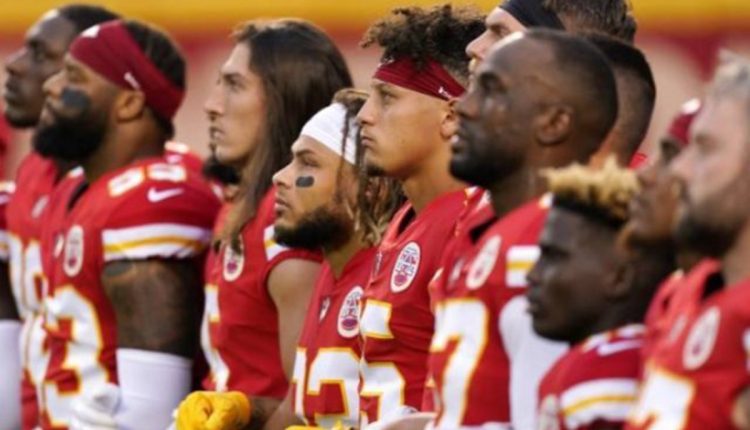 Sports is going through an interesting period right now. Fans are reluctant to support sports teams that have been protesting.

Granted, the COVID-19 pandemic should have created great reception and business for televised sports.

That was not what happened. The ratings have been low for many season openers and the subsequent matches.

The social-justice push has done a bad number on the league’s availability across all perspectives, people, groups, and nationalities.

Still, it might be argued that there is greater competition in the sports realms when it comes to TV attention time.

Let’s talk about the NFL first in that regard.

On that Thursday, Chiefs and Texans had locked arms in unity as a protest. The Chiefs stood for the national anthem, while the Texans didn’t come out of the locker room until the anthem was over.

The match between Watson’s Texans and Mahomes’ Super Bowl champion Kansas City Chiefs did lesser numbers. Not only overall, but he decline was sharper among adults 18-49, the advertiser’s main target spot.

Technically, this is compared to last season’s opener, there is a 16.1% decline from that Green Bay Packers and Chicago Bears match last year.

NBC specifically reported 20.3 million viewers, it was still down 7.7% compared to last year’s match. A much better 22 million for Bears-Packers.

Noting that twenty million is still a lot of viewers does not make it seem so glaring. But anyone who knew the feeling of having a show canceled just because of a few hundred less viewers knows TV executives are fickle and very number driven.

So this drop in viewers may not seem like a big deal to us, but to these TV businesses. It is pretty much like the warning of a twister coming. Advertising dollars are involved, so they will be driven to solve this problem.

The NBA had ratings problems of its own. With declining ratings, there was a poll done on the reason people were not watching.

The survey reported by itsgame7.com, had a sample size of around 2,000 people. It asked why they are watching the NBA on TV less.

The top reason was a good 38%. “The league has become too political.” 28% said the games were “boring without fans.” While, 19% cited the NBA’s business relationship with China as another reason.

The NBA has it easier. NBA fans are younger and lean more to the left politically, while NFL fans are very right-leaning.

The ratings being blamed on the injection of political thought and ideas could be to blame. Though it could be fatigue, fans could right now completely uncaring about sports right now with how the country is functioning.

With many are out of work, evictions being rampant, many people will not be thinking about sports right now.

When sports returned, people were happy. But being happy and making the dedication to watching sports, especially with all these extras they never asked for, felt like a chore in futility.

Such is the fickle nature of the customer, and they feel they should not pay for or support a product that might be insulting them.

Another possibility is that sports fans were torn between the U.S. Open women’s semifinal, the NBA, playoffs of the NHL, that all overlapped because of the delay caused by the pandemic lockdowns.

It was reported from Fox that ratings for all of Thursday’s four sports events drew a 17.4 rating, higher than the 16.9 rating posted in 2019 for the NFL and U.S. Open. So, there is some glimmer of hope that this is just a short decline that will bounce back as the anger of fans lessen, and the games hopefully get better.

Joe Burrow’s First Failure, The Bengals lose 16-13 to the Chargers

Why do people joke about having OCD?