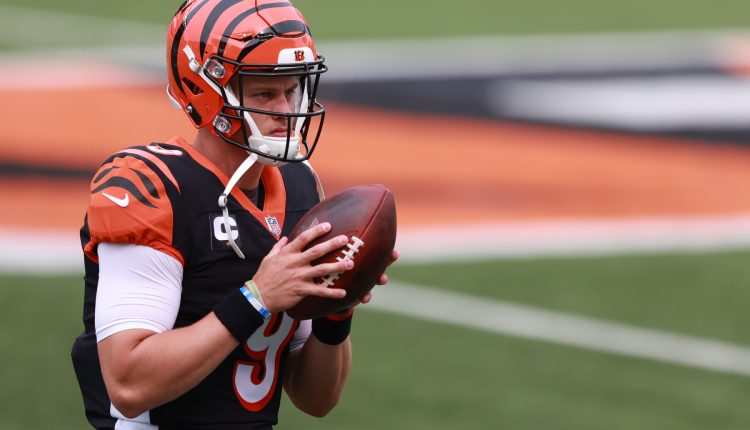 Joe Burrow’s Bengals could have won, they had all the weapons to win, but they lost 16-13 to the Chargers on Sunday.

Burrow almost won the game with a pass to A.J. Green, but was flagged for offensive pass interference. They could have gotten the game into overtime if kicker Randy Bullock had not missed a 31-yard field goal.

After the game, Burrow said that a game the Bengals once led 13-6 should never have come down to a kick.

“It doesn’t matter what happened on the kick. We should have put them away a lot of
times before that. . . . A lot of different plays affected the game,” Burrow said.

In the end, the rookie gave himself a D for a game that was not spectacular considering his draft stock.

Still, we think Burrow will be a fine NFL QB with some adjustments made to help him succeed. The first to third quarters looked shaky for Burrow, especially with the defense blitzing game working well to unsettle the rookie.

It can be said, he struggled getting chances to throw. Since Joe Burrow was sacked many times, Jerry Tilley will congratulate himself highly for doing his job. But this is why lineman should prevent Jerry Tilley. They did not.

Joey Bosa got a sack as well. Bobby Hart got beaten too many times on the line.

The Bengals need to make protecting him a priority. It is weak Offensive lines that result in great quarterbacks retiring early.

Bengals running offense suffered some blows. Their defense of it did no favors. Chargers ran them ragged later on in the game with Kelley and Ekeler helping drive the ball to the Bengals endzone.

But it was that lovely return, forty six yards of it for Reed that setup Kelley’s touchdown.

Still, Joe Burrow toughed it out rather well and managed to get some good throws out thanks to his mobility. Another thing to take into consideration, his leadership, Joe Burrow knows how to make his teammates believe in him.

That statement, his acceptance of responsibility was surprising and took the pressure of his teammates. Good leaders do that, he had no preseason to get ready on a team that’s a year away from being competitive.

As Zac Taylor said, “Some good, and some things we’ve got to improve on. There were some missed opportunities, but overall, he kept his composure. [He] moved onto the next snap, which is important, and made some critical plays down the stretch that puts us in position to go tie the game go win the game. Thought his decision making overall was really good; where he went with the ball.”

He has time to improve and he is looking better going up against the Cleveland Browns who are not looking so hot right now. The next match might be the one for Burrow.

Protests May Have Turned Away Fans