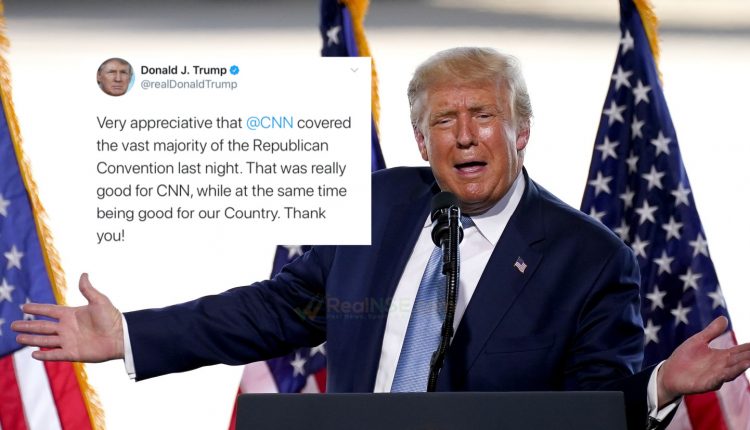 The world has completely flipped upside. CNN covered the Republican National Convention more fairly than Fox News, and the President is very appreciative.

Very appreciative that @CNN covered the vast majority of the Republican Convention last night. That was really good for CNN, while at the same time being good for our Country. Thank you!

Fox News covered the convention however not in its entirely. Only partially showing the live feed and often muting the audio while the talking heads commented.

CNN did however show the event completely. Despite this Fox still lead in the ratings during the RNC significantly by roughly 5 million viewers.

Trump exposes Democrats on Voter ID with one tweet

Glenn Beck admits he was wrong about Trump – issues apology