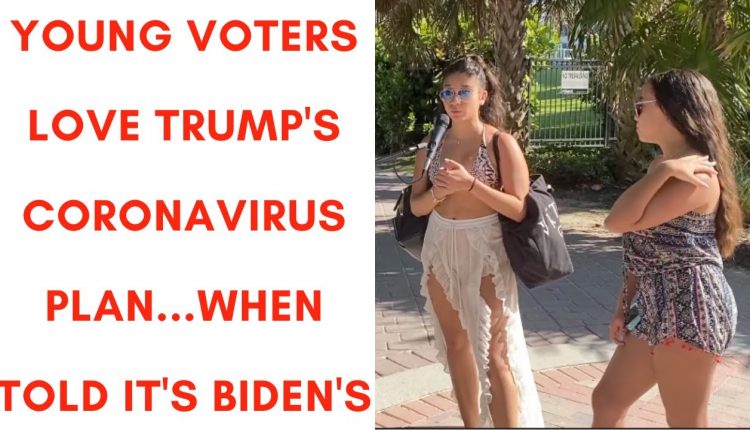 The people at Campus Reform are at it again. They are exposing the hypocrisy in the left and brainwashed college kids.

In their most recent video, they go to college kids and tell them the bullet points of President Trump’s latest executive order for COVID-19 relief. But the trick is, they tell them it’s actually Joe Biden’s plan.

After revealing to the students that this plan they like is actually President Trump’s plan. Some of them were shocked.

One female student said: “it’s shocking in a way. Because I also don’t like him. It’s shocking that he did that. And it does kind of change my view of what he’s done during the pandemic.”

Another female student even admitted the following: “I hate Trump. But that’s like a start.”