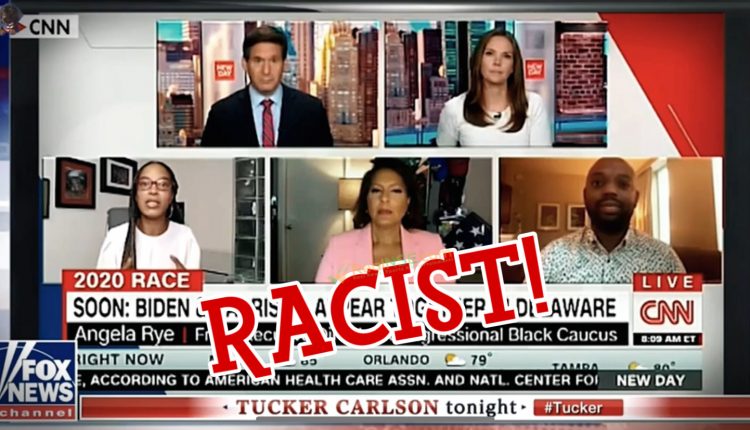 Fox News’ Tucker Carlson spoke about Joe Biden choosing Kamala Harris as his running mate on his show. During this, I guess he mispronounced her first name.

CNN, of course, was not only outraged about this, but they called in a whole panel to discuss the topic.

One young black woman (name unknown) said: “but then at the end, it’s laughable because he like ‘or whatever.’ So like no, it’s not whatever. It’s about you finally facing what you have done to this country, to black people, to black women. There’s nothing whatever about this moment.”

CNN Scolds Tucker for Mispronouncing ‘Kamala’…then Biden Does It Too!

Typical CNN. Claiming everything is racis. But the funniest part of all of this is that Joe Biden also mispronounced Kamala Harris’ name shortly after Carlson did. But I’m sure CNN won’t call in a panel on that.

Trump orders $3,400 in relief payments for families but Democrats block it