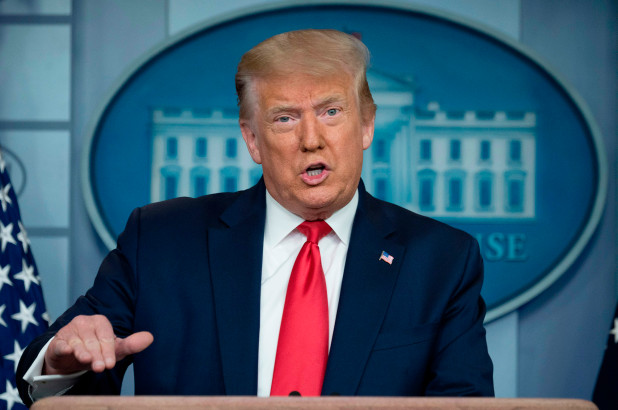 President Trump took a few moments to talk about Joe Biden and his new pick for running back, Kamala Harris, after they made their first appearance together earlier today.

The President pointed out what many are questioning as well. Just how Biden could pick Harris after being slammed by her in the debates. Also, how Kamala Harris could stand beside a man who was accused of sexual assault by a woman who used to work for him years ago, she also insinuated that Biden was a racist numerous times.

The quote is below… The President’s comments on Biden/Harris is at 1:47:42.

Reporter: Can you tell us if you watched their remarks and tell us your reaction to that?

President: I didn’t watch. I saw just a moment of him speaking. A moment of her speaking. And it was enough. Look, he made a choice he picked her.
I watched her pull numbers go boom boom boom down to almost nothing. She left angry; she left mad. There is nobody more insulting to Biden, then she was. She said horrible things about him. Including accusations made about him by a woman, where I guess she, believed the woman. Now all of a sudden, she’s running to be vice president and how wonderful he is. I thought it was a very unusual pick because she said such bad things – and you know, you know better than anyone what – you won’t write it because you don’t wanna do that but you know better than anybody.

President Trump went on to say: She mocked him, openly mocked him. That’s why I thought it was a very risky pick.