Trump slams Bolton: “one of the dumbest people I’ve ever met”1 minute read 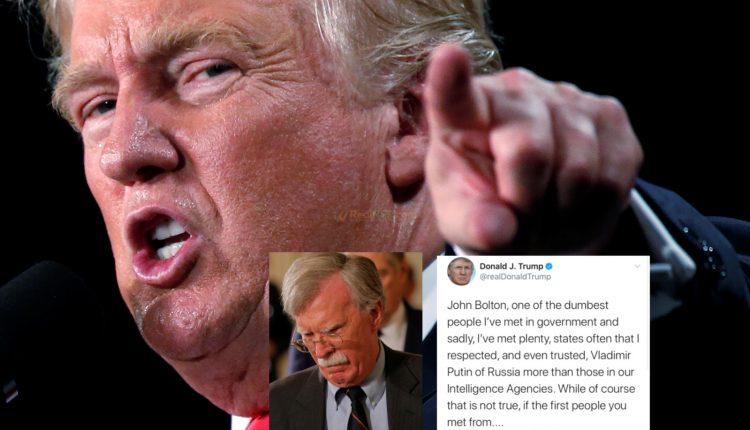 President Trump took to Twitter earlier this morning to go on a pretty epic little rant. Slamming his former National Security Advisor along with Comey, Brennan and Clapper.

so called American Intelligence were Dirty Cops who have now proven to be sleazebags at the highest level like James Comey, proven liar James Clapper, & perhaps the lowest of them all, Wacko John Brennan who headed the CIA, you could perhaps understand my reluctance to embrace!