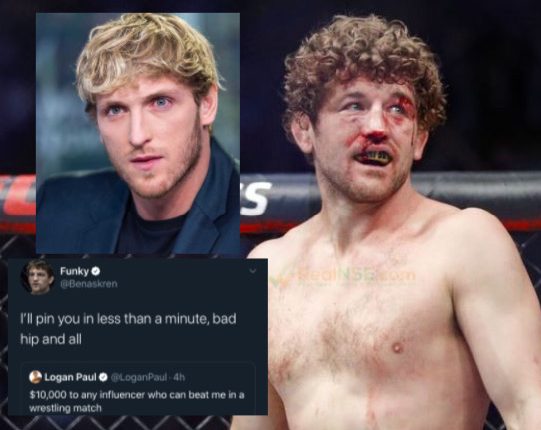 YouTube star and talented athlete Logan Paul issued an open challenge on Twitter offering $10,000 to anyone who can beat him in a wrestling bout.

Paul is no slouch when it comes to combat sports. He had a pretty impressive wrestling career in high school. Also, Logan had multiple professional boxing bouts.

Although retired, Ben Askren responded to Logan Paul, saying he’d pin him in less than a minute. Paul is talented,  but if we’re talking wrestling, Ben Askren is one of the best in MMA history.

I’ll pin you in less than a minute, bad hip and all https://t.co/uuYVxnqJvn

Paul responded to Askren with a screenshot of his 5 second devastating knockout he suffered by the hands of Jorge Masvidal at UFC 239.

Trump slams Bolton: “one of the dumbest people I’ve ever met”