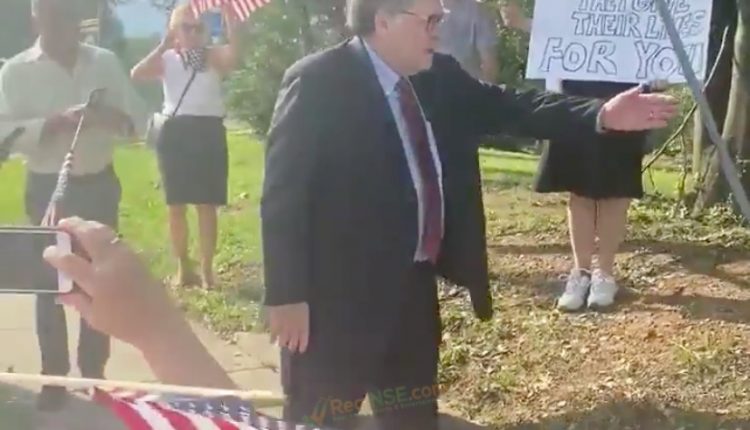 In the video the Attorney General for the United States Bill Barr has an impromptu meet and greet with some fellow police supporters who were showing their support in front of their police precinct.

Kupec says that’s Barr asked his FBI detail: “Can we make a quick U-Turn? I want to jump out and thank those people.”

That time you’re driving in Virginia and the Attorney General spots a group of people in front of a police precinct showing their support for the police. AG to FBI Detail: “Can we make a quick U-Turn? I want to jump out and thank those people.” Watch! #SoundOn 🇺🇸🇺🇸🇺🇸 pic.twitter.com/3atSicAgdC