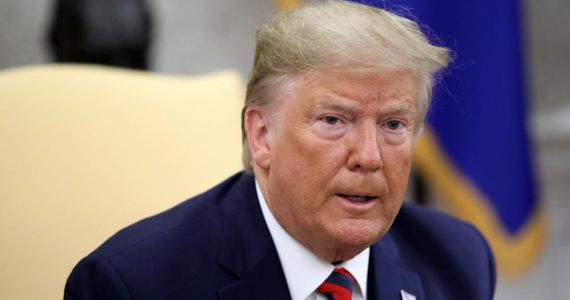 Once again Twitter and Facebook have censored the President of the United States for one of his posts about the COVID-19 and kids getting the virus.

“The President was stating a fact that children are less susceptible to the coronavirus,“ said Courtney Parella, a spokesperson for the Trump campaign, in response to the Facebook removal. “Another day, another display of Silicon Valley’s flagrant bias against this President, where the rules are only enforced in one direction. Social media companies are not the arbiters of truth.“

The original tweet was actually a clip of an interview President Trump did on Fox News. In the clip, Trump talks about how kids seem not to be getting the virus saying their “almost immune”.

“If you look at children, children are almost — and I would almost say definitely — but almost immune from this disease, and that they have stronger immune systems.”

Twitter spokesperson Liz Kelley said the following in response to the censorship: “[the video was] in violation of the Twitter Rules on COVID-19 misinformation.“ She went on to say: “account owner will be required to remove the Tweet before they can Tweet again.“

I’m not going to spend much time on fact checking. That’s not what this article is about. But I do want to point out that statistics show that children are significantly less likely to get and even die from the coronavirus.

There is a number of great pro-1st Amendment social media outlets that the President can use to get the message directly to the people without fear of censorship, shadow banning and out right banning.

Of course, it would take some time to regain his following if he changes to another outlet. But the second the President publishes a post on one of the many alternative outlets the news will be forced to cover it, which would mean virtually all of his supporters would create an account on the platform and come in droves. This of course would show these big tech companies that we are tired of the censorship and force them to do something about it since they would be losing users.

Alternative social media outlets I use: