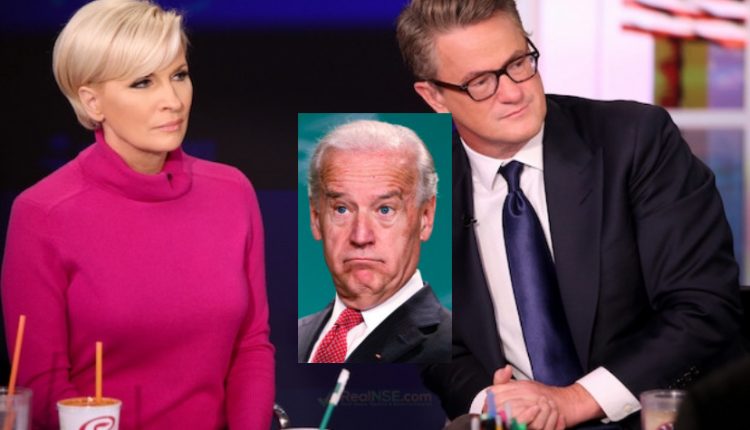 More than 60 percent think the president didn’t take the threat of the coronavirus seriously enough at the beginning, according to new polling from NBC News …

On Monday morning NBC’s “Morning Joe” talked about a recent poll taken by NBC/The Wall Street Journal that claims 65% of Americans disapprove of the way President Trump has handled the Coronavirus. The same poll claims to show that Joe Biden has a 7 point lead over Trump in the 2020 general election.

Hosts Joe Scarborough and Mika Brzezinski went on to boast about former Vice President Biden saying that he is “careful with his words” and “clearly” saw this coming like a “steamroller”.

“That shows clearly, clearly that Joe Biden saw this coming. He was writing about this in USA Today in January.” Brzezinski continued, “he was concerned, he called on the White House, the President, the administration to take it seriously, they did not.”

It’s absolutely amazing how delusional and dishonest some of the members of the mainstream media are. Despite Joe Biden showing clear signs of dementia and barely being able to form a complete sentence, they still try and prop him up as if there is nothing wrong. Just as they did with Hillary Clinton in 2016.

“Because what happens is Donald Trump goes out and he rambles, he says stupid things, he says things that are lies. And all he does is he gives Joe Biden’s campaign, he gives Democrats just two and a half hours of material every night to fact check.”

They continued to repeat that Biden was talking about this virus in January and how Trump acted too late. However, the President enacted a travel ban on most flights coming from China in January.

It’s also important to point out that the polls that were taken were heavily oversampled to favor Democratic voters.

Tucker Carlson: “Bernie wanted to lose” he’s a “party man to the core”

Opinion: Tekashi69 is a prime example how Hip-Hop is DEAD