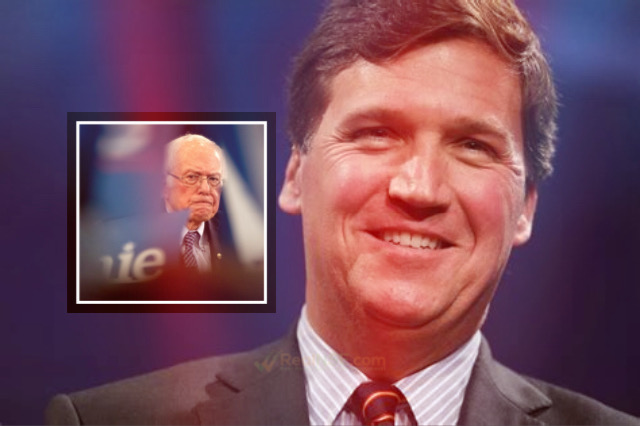 Bernie Sanders finally ended his sad campaign for President earlier today after being embarrassed by a 77-year-old man who can’t even form a coherent sentence. Joe Biden is now the unofficial Democratic nominee for president. Think about that for a moment, the establishment DNC wanted a man with heavy signs of dementia rather than Bernie Sanders.

This is not the first time that the DNC forced Bernie Sanders out. In 2016 they literally stole the nomination from him to hand it to Hillary. Another person with major health issues. Although there was actual evidence that the DNC undercut Sanders, he said nothing. He laid down for the party despite claiming he was bringing in a “revolution”.

Tucker Carlson held no punches on his show tonight, slamming Bernie for yet again letting the DNC push him aside.

Tucker: How would ‘President Biden’ handle the coronavirus pandemic?

So how did they manage to beat him twice? Well, they couldn’t have done it without Sanders’ help. Sanders never wanted to win. Like so many ideologues he wanted to lose. It makes him feel virtuous. In 2016 Sanders wouldn’t attack Hillary Clinton for putting classified emails at risk on an unsecured server. He didn’t go after the grotesque scam that was the Clinton Foundation until it was far too late to matter.

This year he disavowed one of his own supporters for criticizing Joe Biden and then praised Joe Biden’s character. Then Sanders sat by like an embarrassed child as Elizabeth Warren and CNN attacked him as a sexist.

After a while voters began to wonder the obvious if the Democratic Party isn’t bad enough for Sanders to attack it, why do we need a revolution?

Breaking: Trump to withhold funds to World Health Organization (WHO)