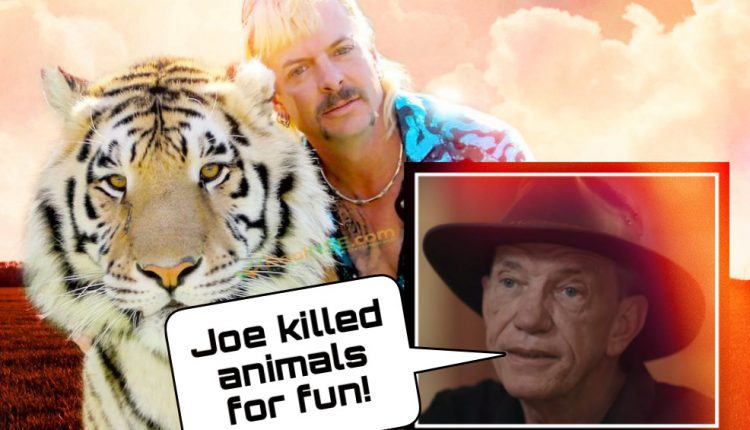 Before reading this article, you need to know it contains some spoilers from the new Netflix docuseries entitled “Tiger King”. Yes, that one you’ve been hearing about nonstop. And for good reason. The series is an absolutely insane. If I began to explain to you what it’s about, and who the main character is, you either wouldn’t believe me or think it’s fake. So go watch it for yourself.

Rick Kirkham shares a few shocking stories about Joe Exotic’s treatment of animals at the G.W. Zoo that were left out of Netflix’s “Tiger King.” (Contains st…

David Spade of all people landed some pretty impressive exclusive interviews with most of the cast. One of the most telling interviews was with Rick Kirkman. He was the producer that Joe Exotic brought on to film and produce his internet reality show “Joe Exotic TV”.

David Spade wanted to dig as deep as possible to see which cast member would be willing to spill the beans on what actually didn’t make the final cut of the Netflix series. Kirkman was the only one to offer up the goods and boy did we get a peak into just how psycho Joe really is.

“So I went up to meet him and I never left. When I first met Joe Exotic I knew this is a $1 million show. I’m going to retire off this guy,” Rick explained. “So I said look I will produce your little internet show if you sign a contract and let me have a camera behind that crew and produce a reality show of the whole thing.”

“What were some things on there – I mean you obviously lost everything,” Spade asked talking about the fire that was set to their recording studio that had ALL of Kirkman’s footage.

“There was some footage in there of Joe actually killing animals for fun. He’d walk up to a tiger he didn’t like and he’d shot it in the head. And I tell a story about a horse that breaks my heart. This lady drove in one day and she had a horse trainer with an old horse that was sick. It was just getting old. And she cried and said ‘Joe can you take care of my horse I can no longer care for him and you have a lot of space.’ [Joe] hugged her saying ‘oh yeah it’ll be fine, he’ll be fine, you leave the trailer, we’ll bring the trailer back tomorrow. We’ll put him out in the pasture and give him a good place.’ As soon as she left: [Joe said] ‘Rick grab the camera start rolling’. I rolled on him, he walks up to the horse and pulls his [pistol] shoots the horse in the head and laughs. Then he fed that horse to the lions.”

I think the scariest part of the whole Joe Exotic thing is that he claims to be helping these animals. I mean hell, at certain points of the series I really thought he did care for them.

Breaking: Candice Owens announces she may run for office

Breaking: Trump to withhold funds to World Health Organization (WHO)