Op-Ed: Why the DNC squeezed Tulsi Gabbard out of the 2020 presidential race3 minute read 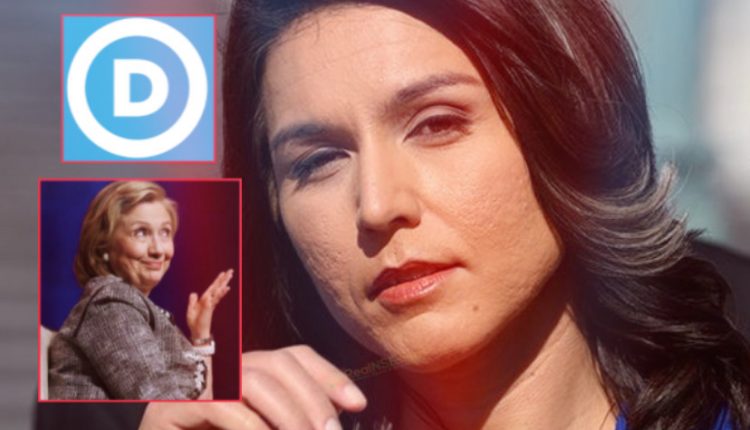 At the beginning portion of the Democratic race for president, the field was extremely crowded. It had everything from billionaires to socialists. One of the candidates that really seemed to have a grassroots movement behind them was Democratic Hawaii Congresswoman Tulsi Gabbard. She had a very vocal group of supporters who would show up at events with signs and chant her name. The grassroots movement reminded me of Bernie Sanders’ 2016 campaign.

Many supported her for her views on foreign policy. She was one of the few – possibly even the only – candidates who didn’t support these pointless wars and foreign interference. Because she is a veteran, she has seen first hand what war does. Being against wars in politics is very uncommon, yet something that many Americans actually support. She was one of the few Democratic candidates that were closer to the center rather than far-left. In fact, she was the only candidate on that side I would have even considered supporting.

Unfortunately, for Tulsi, that was exactly what did her in. The Democratic party is getting more and more radical every year. A strategy that continues to fail, by the way.

Last election many Democrat analysts said we “need” a woman president. Yet it seems you need to be a radical woman to even get the DNC nod. Tulsi has long been vocal about her dislike for Hillary Clinton’s failures overseas during her time as Secretary of State. Since the Clinton name is still extremely powerful and influential in the DNC, when Hillary turned her sites on Tulsi and attacked her on a number of occasions calling her a “Russian asset” and a “favorite to the Russians”, there was no way for her to get the push she needed from the party. Gabbard filed a 50 million dollar lawsuit after Hillary made those comments publicly. Which is still pending.

Tulsi Gabbard speaks out on $50M lawsuit against Hillary Clinton

2020 Democrat hopeful Rep. Tulsi Gabbard speaks out on ‘Fox & Friends’ on her $50 million defamation lawsuit against Hillary Clinton for being called a ‘Russ…

Tulsi is more of a classical liberal, which the DNC is no longer interested in. Democrats like Tulsi are sadly a dying breed in the age of “I can be more radical than him/her”.

I’ve long said that I would absolutely love to see Gabbard in the Trump administration. Especially something handling foreign policy. Even Secretary of Defense would be great.

Ultimately, the Clinton machine was just too powerful for an honest congresswoman from Hawaii to overcome. And that’s completely unfair. It shows just how dirty of a game politics truly are. I think Tulsi Gabbard is a great woman, a patriot, and we need more people like her. Who stand up when needed by serving in the military and more impressively standing up to the Clinton war machine.

I know this is a bold statement, but Tulsi is too intelligent, has far too much potential, and cares about the American people way too much to just be serving in the House of Representatives.

President Trump: “we will prevail” in new Twitter video