Opinion: Biden will be embarrassed by Trump in a debate3 minute read 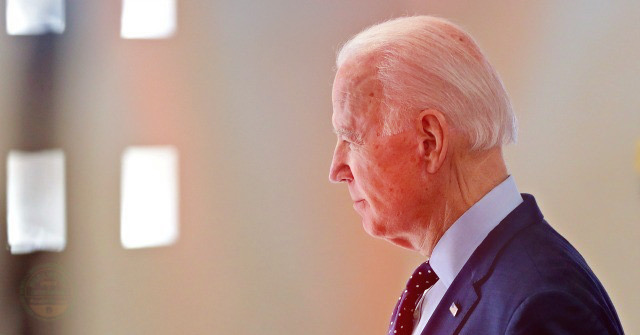 For many years we’ve heard about how good of a debater Biden is. And some left-wing news outlets were creaming at the thought of a Biden-Trump debate. Even Biden himself is touting his debate skills. In an interview on Fox last week, Joe Biden said: “I’m going to beat this man like a drum. I’m telling you,” when speaking about debating the president. Well, they’re probably going to get to see what they wanted, but they won’t get the results they wanted.

Biden may have been a great debater back when he was running as Obama’s Vice President in 2008 and 2012. But not so much now. Every time Biden is in the spotlight, he has some sort of a “gaffe” as they call it. It’s sad in a way. He very clearly has some sort of deterioration of the mind. Obviously, I am no physician. So I won’t even begin to diagnose Biden or say he has this or that. But what I will say is that Biden has had multiple brain surgeries. That is a fact that cannot be disputed.

After Joe Biden’s big win on Super Tuesday, it’s clear the DNC establishment doesn’t want Bernie Sanders and their nominee. It’s also clear that Biden will now get the nomination with Sanders being pushed out – again.

But how in the world is Joe Biden – a man who can’t even quote the Declaration Of Independence – going to go up against the best talker in politics, in a one-on-one debate with President Trump?

I did a piece a few years ago on the growing age problem in Congress. In the article, I laid out statistics including how the Alzheimer’s Association reports that the likelihood of developing dementia doubles every 5-years after the age of 65. Biden is 77 years old and clearly shows some signs of dementia.

NOT A JOKE: Biden Has Dementia?! | Louder with Crowder

Did you watch the Democratic debates? Joe Biden struggles to put full sentences together, he gets confused very easily (see video above by Steven Crowder for examples). I don’t know what is sadder, the fact that Biden’s family isn’t pulling him aside and telling him he needs help and is making a fool of himself, or that some liberals are actually thinking that he can beat President Trump.

Donald Trump is the best debater of my lifetime by far. During the 2016 debates, even liberal news outlets said that Trump did a fantastic job debating and outmatched the others on stage by a long shot. When Biden debates President Trump, it’s going to be something to watch.

The Democrats have already started to panic when they see the people wanted Bernie as their nomination, but also when they saw the numbers President Trump is getting in the Republican primaries. A primary that is virtually uncontested. Meaning no Republicans really need to go out and vote for Trump in the primaries. But Trump-Supporters are coming out in droves.

Alex Jones on DWI arrest: “I was under legal limit”