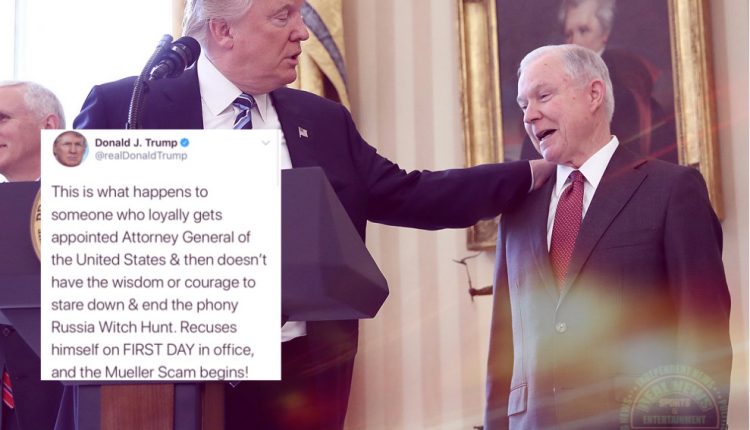 President Trump took to Twitter this morning after Super Tuesday to slam his former Attorney General Jeff Sessions after failing to win back his Alabama Senate seat.

It’s been over a year since President Trump fired his then-Attorney General Jeff Sessions. After being humiliated by Trump, Sessions decided to try and get back his Alabama Senate seat.

The Democrats flipped the state after Sessions vacated his 20-year seat to become Trump’s nomination for Attorney General back in 2018 when Doug Jones defeated GOP nominee Roy Moore in a major upset.

Former football coach turned Republican politician Tommy Tuberville (239,173) received about 13,000 more votes than Sessions (226,675), resulting in a runoff election between Tuberville and Sessions on March 31st to see who gets the GOP nomination.

This is what happens to someone who loyally gets appointed Attorney General of the United States & then doesn’t have the wisdom or courage to stare down & end the phony Russia Witch Hunt. Recuses himself on FIRST DAY in office, and the Mueller Scam begins! https://t.co/2jGnRgOS6h

President Trump has not commented or endorsed a candidate in the Alabama Senate race before today. However, I suspect he will now endorse Tuberville to ensure Sessions doesn’t regain the seat. Tuberville is a Trump-friendly Republican. Although Sessions mentioned in last night’s speech that he still wants to support Trump’s agenda, I’m sure there is still bitterness within Sessions.

Opinion: Biden will be embarrassed by Trump in a debate