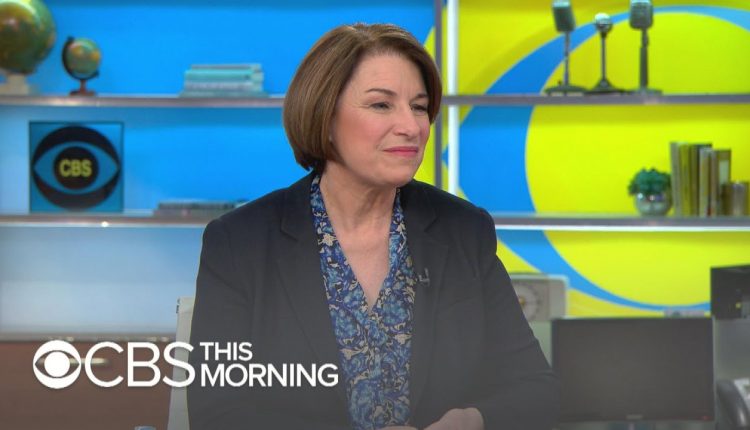 Minnesota Democratic Senator Amy Klobuchar spoke to “CBS This Morning” to explain her decision to end her campaign and endorse Joe Biden.

Klobuchar says “Joe Biden is the answer” to beating Trump

Senator Amy Klobuchar dropped out of the Democratic primary race on Monday after outlasting higher-profile rivals in the race. She joined fellow former conte…

“I had [the] weekend to reflect and I thought that this is the best thing. My husband actually wanted to keep going but I said ‘nah, I think we can do good this way and what’s best for the country’. I just don’t think the rule of law can handle four more years of a President that thinks he’s above it. And I don’t think the democracy can handle four more years of a President who bulldozes through it and Joe Biden is the answer to that.”

CBS host Gayle King asked if she was offered anything by Biden for her endorsement and if she would be Biden’s Vice President.

“I just ended my own campaign and I am more than happy to go back to Minnesota today and thank our incredible staff and the people of my state. That’s my plan.”

King continued to pres Klobuchar for an answer.

Klobuchar refused to give a straight answer: “I never look at hypotheticals”.