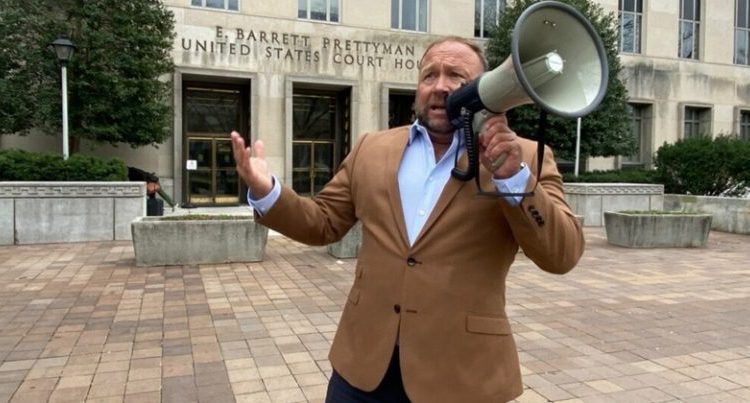 The founder of Infowars Alex Jones became infamous for his protests almost two decades ago. Over the years he’s moved away from bullhorn protests due to his high profile and the constant threat of violence against him.

Despite that, he took the fight right to Judge Amy Berman Jackson‘s doorstep. Outside the Washington D.C. courthouse in the “Infowars battle tank” Jones exposed her bias and recent anti-free speech ruling.

On Tuesday Feb25th 2020, Roger Stone was in federal court to question two jurors whom showed bias before, during and after his federal trial. Judge Amy Berman Jackson used the opportunity to attack President Trump, Tucker Carlson and Alex Jones for daring to speak out about the obvious Kangaroo court being held to punish Roger Stone.