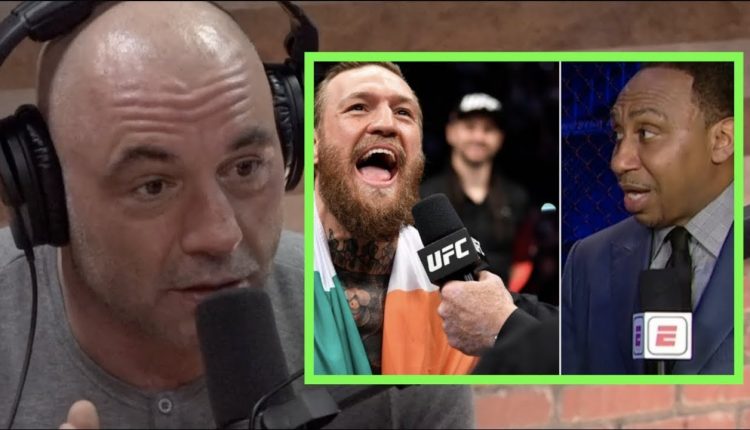 MMA fans have clearly voiced their opinion on ESPN having Stephen A. Smith on to breakdown UFC events. After Conor McGregor’s 40 second TKO of Donald Cerrone at UFC 246, Stephen A. joined Joe Rogan to review the performance. It was quite cringeworthy.

Stephen A. bashed the veteran “Cowboy” Cerrone very hard. Saying he “didn’t show up” and even critiqued his performance by saying he could have done more.

MMA is still pretty new to ESPN due to the recent deal the UFC struck with them. So they really don’t have any real legitimate analysts who know the sport. Being that Stephen A. is the most popular on the network, they chose to put him on the after show. But it was a huge mistake. He’s absolutely clueless when it comes to MMA.

Joe Rogan had retired MMA fighter and podcaster Josh Thomson on his MMA show earlier today. This topic was discussed at length.

Joe Rogan on Stephen A. Smith’s Comments About Conor vs. Cowboy

It’s going to be very interesting to see how Stephen A. Smith responds to Rogan, if he does at all. Especially since they most likely will be teaming up again for future UFC events.

Watch Schiff freeze up when heckled by district voters on impeachment