This review contains some spoilers. 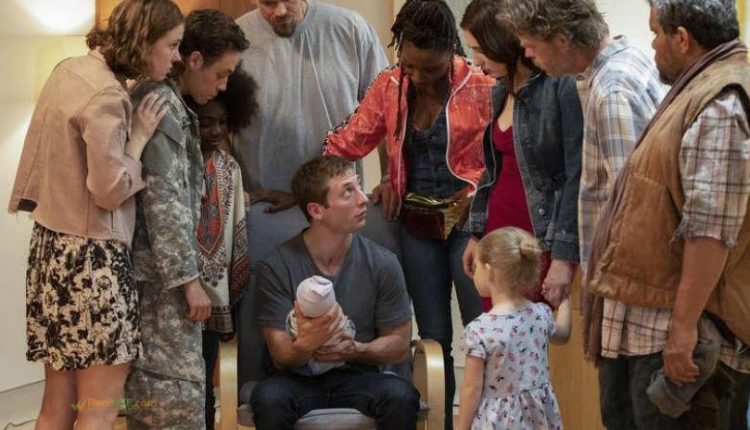 The dysfunctional Gallagher family returned last night for their tenth season. Some things have changed, and some habits die hard. This is a review and recap of Shameless Season 10 Episode One: ‘We Few, We Lucky Few, We Band of Gallaghers!’

The episode opens with a ringing phone, as the camera works it way through the Gallagher living room towards the phone, it shows a board that has “Gallagher Finances” written in big letters. Under that is written “$50,000” and various expenses listed underneath. This really acts as a reminder to the audience that Fiona left $50,000 with Debby to run the household with. Insinuating that Debby has taken over as head of the house since Fiona left and is running things tightly just as she would have.

A few seconds later we see the ringing phone that displays “Fiona” as the caller. It was not answered. We never find out who’s phone that was or what Fiona wanted.

Throughout the episode we get to see Debby really step up and run the house just like Fiona would. Yelling at the other Gallaghers to keep the dirty laundry out of the hallway. Flashbacks pop into my head of Fiona doing the exact same thing many times before.

But like I said before, old habits die hard, just as we see Frank doing the same old tricks to try and score some pack killers, we also see Debby who now has rented a storage locker that is basically a closet where she holds all of her crazy expensive clothes she bought with the $50,000 Fiona gave her. Of course, most have the tags still on them, but just when she was handling everything so good she has go and do something stupid like this. You can bet your bottom dollar somehow that is going to backfire, terribly.

Kev and Vee are still the best thing going on the show with the lack of Ian and Mickey. We seem to catch Kev in a midlife crisis situation. That will most likely be the main focus of Kev’s character for this season. Him dealing with getting old.

This episode is left on a bit of a cliffhanger. Tami and Lip have their baby, but not according to plan. After the baby is popped out, Tami seems to be in some kind of shock. Her medical issues of the past may have caught up to her. She’s carted off and we are given no updates.

If I had to guess, Lip will be left to take care of his newborn son on his own. Similar to what happened to Debby. But seeing Lip holding a baby in his arms with everyone standing around him as he looks down at his new son is quite something. It’s fantastic cinematography. Maybe this is just what Lip needs to get his head out of his ass.

At one point after the baby is born, Debby walks out of the hospital room and answers her phone and says to whoever is on the line “yeah it’s a boy”. To me, it almost seemed like they were insinuating it was Fiona on the phone. This could mean that we may see Fiona at one point this season. Whether that be on Skype or FaceTime, I don’t know. I guess we’ll see.

The best glimmer of hope was at the very end. The preview for episode two. It seems we will be getting more screen time and with Ian and Mickey. Those two have fantastic onscreen chemistry and the show has a hole when they are not in it. I sure hope they’re in this season much more.

Shameless 10×02 Promo “Sleep Well My Prince, For Tomorrow You Shall Be King” (HD) This Season On

Shameless 10×02 “Sleep Well My Prince, For Tomorrow You Shall Be King” Season 10 Episode 2 Promo – Feeling the pressure from Debbie, Frank sets out to make money to keep his place in the house, but Mikey has bigger plans for him.

Overall this was a good season premiere episode that could very well set up a nice season with lots of ups and downs the Gallaghers are known for.

Op-ED: It’s so hard to be a Trump supporter