Op-ED: It’s so hard to be a Trump supporter4 minute read 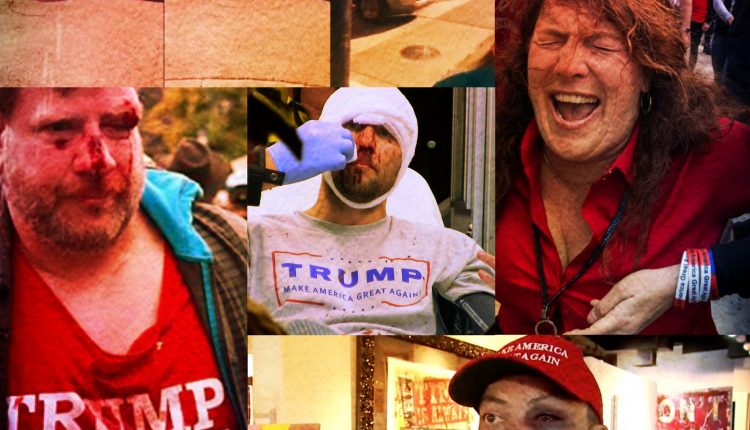 As you may have noticed, there’s been a lack of articles being published here on the site. Honestly, it’s because I’ve taken a break from politics. I gotten extremely tired of it. I am still a Trump supporter and still think he is doing a great job. But it’s exhausting. Having to constantly see the attacks on our president, having to watch a television show and hear the snarky comments about Trump and even his supporters just gets old. There are so many actors who I was a fan of, who now say they no longer want my support because I’m a Trump voter or even that I’m somehow racist because of it.

I have Trump t-shirts in my closet that I haven’t worn in a while simply because I just don’t want to deal with the debates. I use to wear my Trump shirts with pride and welcome debates even with the most far-left liberals. But recently, it’s just easier to not wear them and cast my vote in the booth in 2020.

Now I know, some Trump supporters may read this shaking their head and think I’ve given up. I assure you I haven’t. I’m just as proud to be a Trump supporter as I was in 2016, just a little more fed up. Sometimes I ask myself: “what’s the point?” Trump has done a lot of fantastic things. But in this day and age, the two sides of the aisle are so far apart nothing gets done. The partisanship outweighs governance. One side does one thing, the other side fights it. It never ends.

Nancy Pelosi – Speaker of The House – has started an impeachment inquiry in regards to President Trump’s phone call with Ukrainian President Volodymyr Zelensky. The Democrats say Trump is running a “pressure campaign against Ukraine” to smear his political opponents. Basically, they are claiming the president is trying to get the Ukrainian government to investigate Joe Biden and his son in return for the continued support from the United States. Accusing Trump of a “quid pro quo”.

The President pressured a foreign country to smear his political opponents. Please read his words: “The US has been very good to Ukraine. I wouldn’t say it’s reciprocal.” “I would like you to do us a favor though.” “There’s been a lot of talk about Biden’s son.” https://t.co/l4gNiodL6N

But there’s one major problem for the Democrats. The White House has released the transcript of the phone call. No where in the call does President Trump threaten to pull support to Ukraine if they do not investigate the Biden’s. He did ask President Zelensky to look into the matter. Which any American should want.

Then Vice President Joe Biden bragged openly how he threatened a special prosecutor to force him to close his investigation into his son – Hunter Biden – for a possible quid pro quo scandal of his own.

In 2016 Ukrainian Prosecutor General Viktor Shokin, in his investigation of corruption involving Burisma Holdings, a natural gas company, identified Hunter Biden as the recipient of over $3,000,000 from the company. Not wanting this corruption exposed, Joe Biden swung into action, using US loan guarantees as hostage while demanding Skokin be fired.

Being a Trump supporter means you may be attacked in the streets by complete strangers or even called a racist for absolutely no reason. It also means your vote may be taken away by an outrageous and uncalled for impeachment inquiry.

A Trump supporter was surrounded in a skirmish with protesters in El Cajon, one of whom appeared to steal his “Make America Great Again” hat.

The already bitter fight between Donald Trump and Hillary Clinton has reached a whole new level. Protesters attacked Trump supporters Thursday after the presumptive GOP nominee held an event in San Jose, California, where Trump blasted Clinton for calling him “unprepared” and “unfit” for the White House. Major Garrett reports.

Latino Trump supporter says he was beaten by protesters

Rally-goer describes the violence, speaks out against the San Jose mayor on ‘The Kelly File’

A group of protesters attacked Donald Trump supporters who were leaving the presidential candidate’s rally in San Jose on Thursday night. A dozen or more people were punched. At least four people were detained.