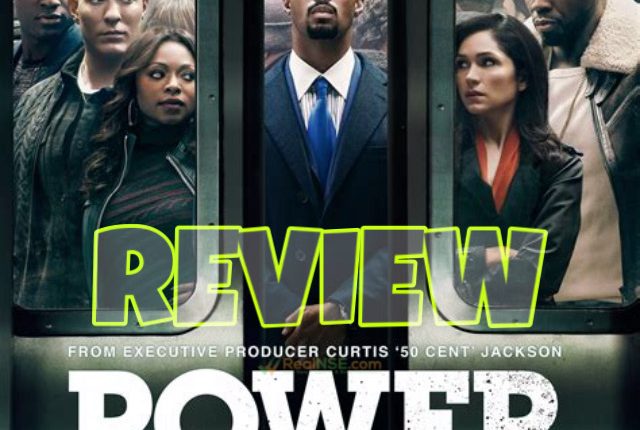 This review includes NO SPOILERS.

A LOT has gone down this season. Relive the top moments of the season before the mid-season finale.

I’m a bit late to the party on this one, but Starz’s “Power” is one of the best shows in recent times. It’s everything “Empire” wanted to be and then some.

I’ve known about the show since it started back in 2014. But for some reason, I never was interested in watching it. Possibly because it was a Starz production. I haven’t known any other shows they’ve done that has intrigued me. Amazon Prime has been my go-to for all shows. About a week ago I was trying to find a new show to start-up and “Power” was at the top of the page and Starz was offering a free 7-day trial. So I signed up and started binging.

Going into the show I knew only that it was a crime show, nothing more. It started very fast, it throws you right into the action letting the audience know just how savage Ghost and Tommy – the main characters – can be.

The cast is absolutely brilliant. Personally, I wasn’t familiar with the actors playing any of the main characters besides Curtis “50 Cent” Jackson. But all of them worked extremely well together. 50 cent has never been private about his real criminal past. I got the impression he had a lot of creative control with his character “Konan”. The role seemed to come very naturally to him. It brought a very authentic feel to the show.

Omari Hardwick plays the main character “Ghost” real name “James St. Patrick”. He is an incredible actor. He really shows his emotions very well. He and Naturi Naughton – who plays “Tasha St. Patrick” – on the show, have amazing chemistry.

It’s been a while since I’ve actually seen a show that had me “on edge”. But I can honestly say while watching “Power” there were a few times I really didn’t want to stop watching because I needed to see what happened next. I would watch a few minutes of the show on my breaks at work. Sometimes I would get to a part that is so intense and have to stop because my break was up, and for the rest of the day I would be thinking about it and wondering ‘what’s going to happen next’.

Some of the story scenarios feel a bit recycled at times the more you watch. But because of how great the acting and the action is, you’re able to look past it.

I highly recommend Power for anyone who likes crime shows and even urban gangster shows. My rating is a 7.9.

When does Power come back on?

Power is set to return for the final five episodes on January 5th!

Op-ED: It’s so hard to be a Trump supporter