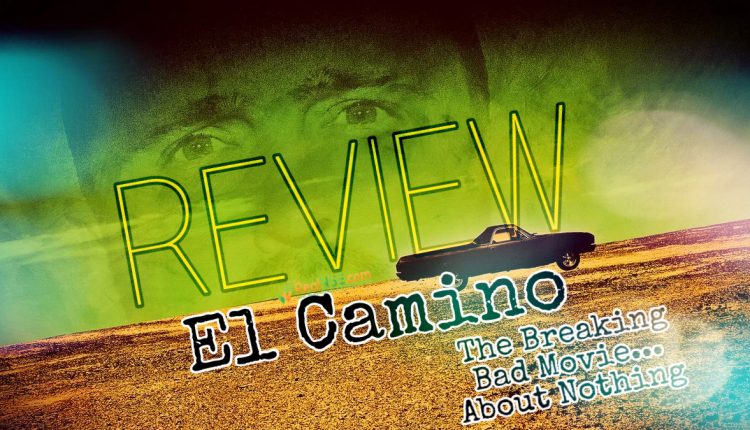 Picking up moments after the series finale of Breaking Bad ends, Aaron Paul is back as Jesse Pinkman in El Camino: A Breaking Bad Movie, directed by Vince Gilligan, on Netflix October 11. For limited theatrical event, visit www.elcamino-movie.com for showtimes

This review has no spoilers…

Netflix released quite a few of what they called “trailers” for the new Breaking Bad movie they were producing. Of course, everyone was excited. My first feeling after watching the original trailer was confusion. I wondered just what exactly the point of the movie was. Don’t get me wrong, I was excited to see a sequel to one of my top 5 favorite shows. But I was left with the question, what is the movie about?

As the other trailers were dropped I watched each of them. But the question still remained. What is the plot of this movie?

I’ve watched the Breaking Bad series from beginning to end like 3 times so I opted to skip the recap offered at the beginning of the movie. As the movie started the feelings of excitement and nostalgia washed over me. Those feelings quickly faded as I started to realize how the “plot” or lack their of was being told, in a very slow and drawn out way. It was shot like it should have been a mini-series, not a movie. Six episodes an hour a piece or something along those lines would have fit this sort of story very well.

A large majority of the movie was flashbacks. Which kind of defeated the whole purpose of the movie. Who really cares about what happened to Jesse when he was kidnapped during the series? We are watching the movie to see what Jesse is going to do now, after he escaped.

I like that Netflix and the Breaking Bad crew listened to the fans and brought it back – short of. But honestly, this whole project felt rushed. Jesse Plemons (Todd Alquist on the show) gained significant weight since the ending of the show, so did Aaron Paul (Jesse Pinkman) and has aged a bit for that matter too. It would have taken 30 days for Plemons to lose that weight and some extra makeup would have brought Pinkman back to the Breaking Bad days. Both easy fixes before going into filming. Why didn’t they do that?