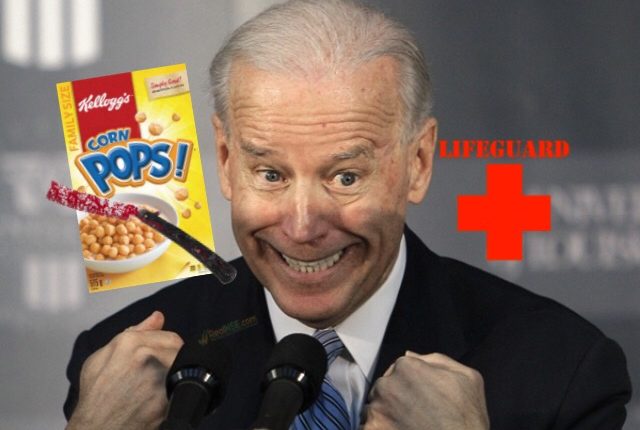 Former Vice President Joe Biden told another one of his famous stories on the campaign trail. At least he tried to… This one was about the time he was a lifeguard and had a run in with a gang leader named “Corn Pop” and his straight razor…. or something like that..

I have no comment outside of urging everyone to watch this incredible clip. https://t.co/e19hQSDNug

This is the guy who the Democrats are propping up to run our country. A guy who has had two major brain surgeries and sadly can rarely even get through a sentence without becoming confused or just saying gobbledygook.

They think the American people are so stupid that they would actually believe everything is ok with Biden and to not believe our own eyes. What they don’t realize  is that they tried this already, in 2016. Hillary Clinton was also very ill and weak. That didn’t work out too well.