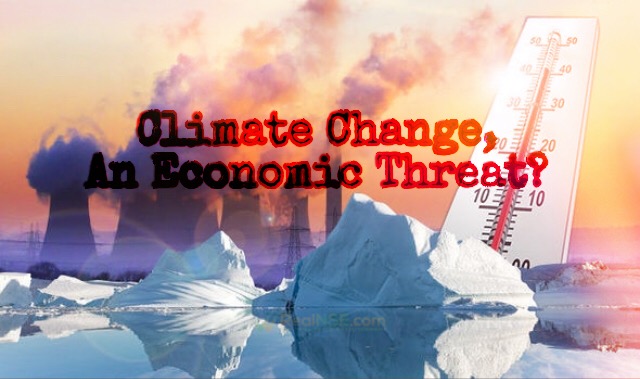 From our newest addition to the writing team! Jasmine Blocker!

Summary: The primary concern is whether global warming contributes to as many global catastrophes as alleged. The answer is unclear. When there’s a severe flood, tornado or hurricane, people want to know if climate change has contributed to the disaster. The burning of fossil fuels such as coal, oil and gas emit pollutants such as carbon dioxide into the atmosphere. This excess CO2 has led to temperature rises in ocean and atmospheric temperatures, and this forces the atmosphere to hold more water vapor and causes global sea levels to rise.

Evaluation: In 2017 alone, water was the largest cause of conflict in over 40 countries, including Syria. Its necessity as a resource means that water-related insecurity can easily alleviate tensions within and between countries. It can be weaponized, infiltrated or altered access to water to structure their objectives by targeting infrastructure and resources. Advancements in cyber-attacks on critical infrastructure also raise  concerns regarding the security of the American water systems.

While the president and his administration have relentlessly denied climate change as an existential crisis, the Department of Defense and Congress have countered the administration and classified it as a major potential threat to national security. The Trump administration has removed the U.S out of the Paris Treaty, proposed getting rid of vital eco-friendly technology, and wants to decreased funding Environmental Protection Agency’s climate. The president has also rejected global warming and dismissing the idea as a “Chinese Hoax”. Meanwhile, Defense Secretary is telling us otherwise: “The effects of a changing climate, such as increased maritime access to the Arctic, rising sea levels, drought, are a risk to national security.”  Militaries are rightfully concerned about climate change because it is their duty to identify all potential threats to the fortress. These threats come in many forms, physical and abstract, including direct threats to military bases from sea levels rising and severe droughts, and other regional climate conditions that affect the geography of or nature of national security.

Environmental risks have steadily been increasing at an alarming rate, and the United States is largely responsible.  Global warming is the primary area of concern. The EPA classifies five categories of environmental threat: extreme weather events and temperatures; speeding up biodiversity loss; pollution of air, soil and water; diminished climate change adaptation. All of these risks rank very highly on both dimensions of likelihood and impact.

Increased temperatures are a major threat for agricultural systems. There is currently a 5% chance per decade that natural disasters could cause a simultaneous failure of corn exports in China and the US. The U.S and China collectively supply over the half of the world’s population with corn. Global Warming is ultimately leading to widespread famine and hardship.