A recap of the NFL offseason2 minute read

What team is ready and who is not 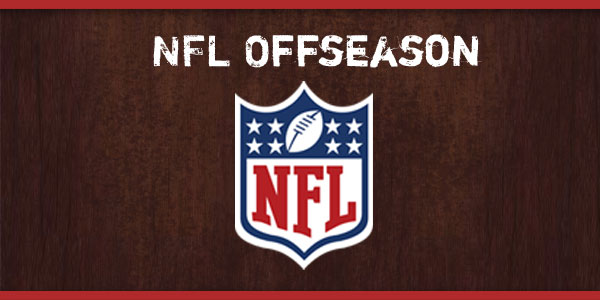 Football season is here, finally after months of waiting the NFL’s 100th year has arrived. What better way to open up the season than with one of football’s greatest rivalry going head to head. We will see Aaron Rodgers and The legendary Green Bay Packers go against The Dominant Khalil Mack and The Chicago Bears on Thursday, September 4th, at 8:20 pm in The Iconic Soldier Field.

The NFL Offseason In A NutShell.

This offseason has been a crazy rollercoaster for most NFL teams.

From the Antonio Brown circus with the Oakland Raiders.

To the untimely retirement of Andrew Luck from the Indianapolis Colts.

The New England Patriots had their own struggles with the retirement of the great Rob Gronkowski.

Now the Dallas Cowboys have an ongoing contract dispute between their two main stars Dak Prescott and Ezekiel Elliot have been going head-on with the Owner Jerry Jones.

The shocker that came early this offseason was when the New York Giants, traded their number one player and star Wide Receiver Odell Beckham Jr to the Cleveland Browns.

In LA the Chargers and their once prized running back Melvin Gordon, have agreed to terms to part ways. In which let Gordon be traded to another team.

On to the most recent news that came suddenly. The Houston Texans Traded Jadeveon Clowney to the Seattle Seahawks for two players and a 2020 third-round pick.

To say this offseason has been a rollercoaster is an understatement.

With that being said we all look forward to a great season and an exciting one at that. There will be great victories and major upsets throughout this season but one thing is for certain, this year in the NFL will be a great one, it has that feel already. So with that being said, enjoy this season.