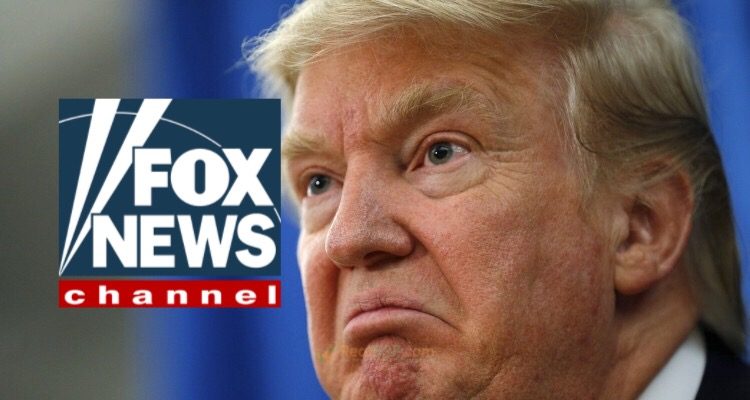 Fox News has been a long-time advocate and ally for Donald Trump. And the President would often return the favor by tweeting about their good ratings, good and fair anchors as well as giving them more exclusive 1-on-1 interviews than any other cable news outlet.

But more recently it seems The President is not happy with not only the coverage some Fox anchors are doing but also some of the recent choices Fox executives are making.

Fox is bringing on some prominent Democrats and anti-Trump people to join their panels, some of those names include; Paul Ryan (never Trump-er) & Donna Brazil (former DNC Chair).

their lowest rated show. Watch the @FoxNews weekend daytime anchors, who are terrible, go after her big time. That’s what they want – but it sure is not what the audience wants!

The President has been long agitated with other Fox News regulars like Juan Williams and Shepard Smith. Both strong critiques of Trump. He tweets about them quite often. Trump supporters also have called for Fox to fire basically any contributor on their network who even remotely criticizes the President.

Watching @FoxNews weekend anchors is worse than watching low ratings Fake News @CNN, or Lyin’ Brian Williams (remember when he totally fabricated a War Story trying to make himself into a hero, & got fired. A very dishonest journalist!) and the crew of degenerate……

a “source” of information (ask the Times what they paid for the Boston Globe, & what they sold it for (lost 1.5 Billion Dollars), or their old headquarters building disaster, or their unfunded liability? @FoxNews is changing fast, but they forgot the people who got them there!

Now President Trump is saying he is parting ways with Fox and is looking for another news outlet.

Watching Fake News CNN is better than watching Shepard Smith, the lowest rated show on @FoxNews. Actually, whenever possible, I turn to @OANN!

This whole thing makes Trump look very weak and immature. He loved Fox News when it was an echo chamber for his policies, but now that they have brought in contributors who don’t share his ideology he wants nothing to do with them.

I understand that Donna Brazile helped Hillary Clinton cheap in a debate, Juan Williams has some dishonest opinions. But we as Conservatives should welcome the debate with people on the other side. It’s a bit hypocritical to say Twitter shouldn’t suppress Conservatives for their ideas, then say someone should be fired because they disagree or don’t like you.

Trump: I was “really” afraid of Gillibrand