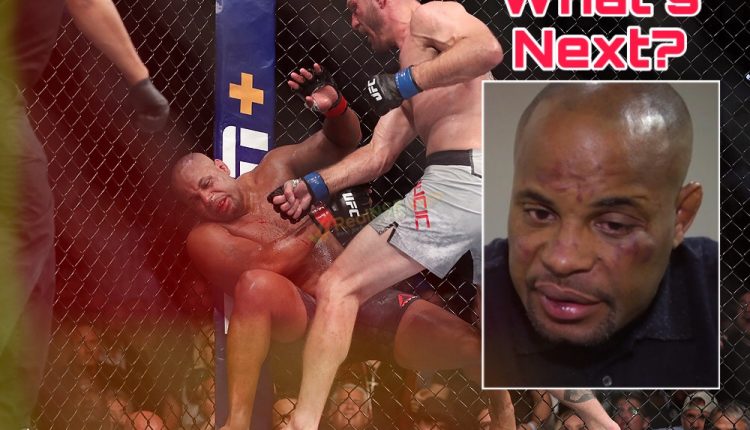 Going into Saturday night Cormier felt very confident. He had a strong training camp, and after all, he did knock out Stipe Miocic in the first round last time.

Getting to the arena. Thank you all for the love and support. I am so excited to compete. I am no one without you. See you on the other side. DC

Sadly, for Cormier it didn’t go the way he was planning. According to DC’s post-fight interview he abandoned his game-plan and was visibly disappointed in himself.

So, here’s how I see this whole situation and what could happen next. Cormier was happy with himself being the heavyweight champion and the greatest of all time in that weight class with the belt.

But now since losing that title, he may feel mediocre in a sense. Especially since he seems to see himself in the shadow of Jon Jones.

Half of him will want to retire. But the other half will want to get back into the octagon as fast as he can to get his rematch with Stipe, get that win and belt back, then retire.

A Stipe rematch really is the only viable option for DC. Because fighting Jon Jones is just too risky at this point. He needs one more fight, to win and retire on a good note, and he has a better chance of beating Stipe than Jones.

He may also be kicking himself for not riding off into the sunset after his victory over Derrick Lewis back In November.

A list of Clinton associates who died very strangely

Indict Hillary Clinton or move on