I will let them have it like you've never heard before. 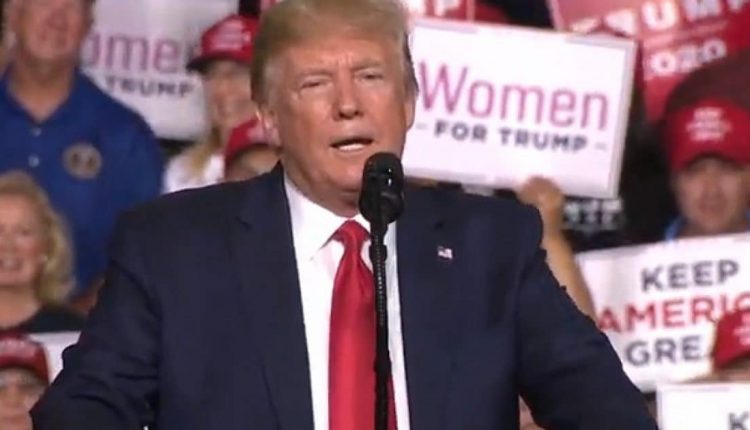 President Trump held a “Keep America Great” rally last night in New Hampshire. To a capacity crowd of 12,000 people, Trump commented on the Democratic Presidential candidates and even the Green New Deal.

Apparently, the President hasn’t fully unleashed his wrath against the Democrats. And isn’t planning on going full throttle until the election is closer.

No, it’s a beautiful thing. We wanted to continue onward until about a month before the election. I will let them have it like you’ve never heard before. I don’t want them to change. Wow, it’s like Elizabeth Warren. I did the Pocahontas thing. I hit her really hard and it looked like she was down and out, but that was too long ago.

President Trump is hosting a rally in New Hampshire amid his latest feud with members of ‘The Squad,’ freshman Democrat Reps. Rashida Tlaib and Ilhan Omar. Israeli PM Netanyahu announced that the two are barred from entering the country after pressure from Trump.

Over 170,000 people want Joe Rogan to host next debate

The “Real Side” podcast is coming back!