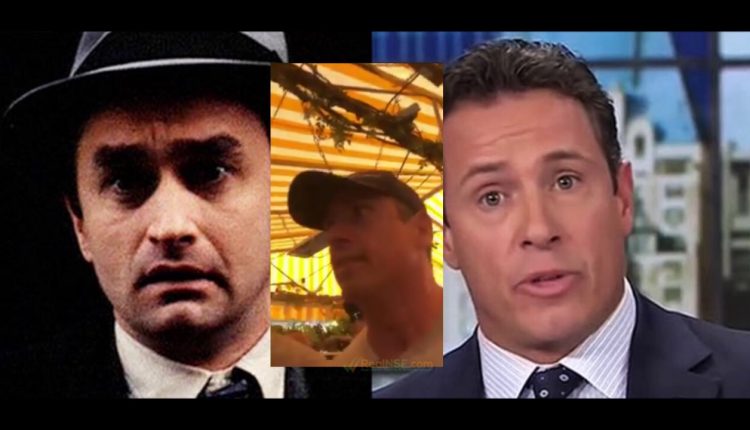 CNN anchor Chris Cuomo was caught on camera yelling and threatening physical violence at a man who called him “Fredo”.

Fredo was a character in The Godfather that is known for being the weakest brother in the film.

Cuomo says in the clip that he thinks of being called  “Frado” is like a black person being called the N word.

Not only is CNN condoning this behavior, but even Fox News contributor Geraldo Rivera says he would have “clocked that douche”.

Sean Hannity has even weighed in showing support for Cuomo.

I say good for @ChrisCuomo He’s out with his 9 year old daughter, and his wife, and this guy is being a jackass in front of his family. Imho Chris Cuomo has zero to apologize for. He deserves the apology. https://t.co/VnyMNgz14U

AG Barr: We will “get to the bottom” of Epstein suicide

Trump: Chris Cuomo is “nuts” and “shouldn’t have a weapon”