AG Barr: We will “get to the bottom” of Epstein suicide1 minute read

The Attorney General as skeptical as anyone 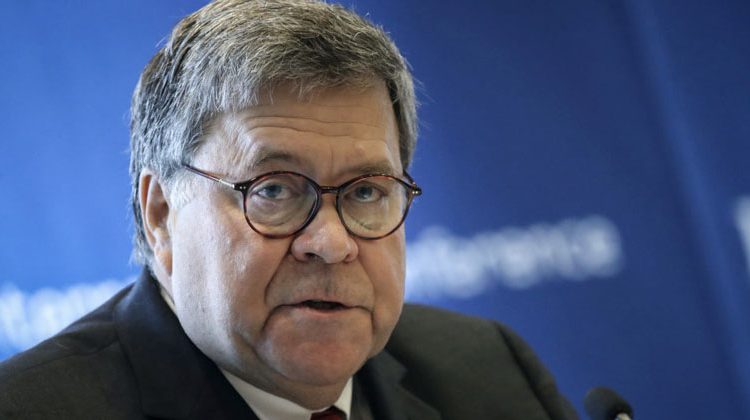 Attorney General William Barr spoke to Fraternal Order of Police conference Monday morning. He took time to share his skepticism over Epstein’s supposed suicide. He also talked about how this case is very important to he and the entire Department of Justice and the victims deserve justice. An investigation has been opened by the DOJ and FBI.

“This sex trafficking case was very important to the Department of Justice and to me personally, it was important to the dedicated prosecutors in the Southern District of New York. And to our FBI agents who investigated the case and were preparing it for trial. Most importantly, this case was important to the victims who had the courage to come forward and deserve the opportunity to confront the accused in the courtroom,” Barr told the crowd.

Bill Barr Says There Will Be Accountability For Epstein’s Death

Subscribe to our channel! https://goo.gl/pyGqbu Attorney General Bill Barr says he will get to the bottom of Jeffrey Epstein’s suicide. He spoke to a crowd in New Orleans, Louisiana. Donate To The Daily Caller News Foundation: https://bit.ly/2M20PYG Or visit our website: https://www.dailycaller.com Check out our twitter: https://goo.gl/fnYe4v And Facebook: https://goo.gl/W5junb Or follow Instagram: https://goo.gl/mhVr1Y And don’t forget to subscribe!

Who would’ve taken over the Soprano crew after Tony died?