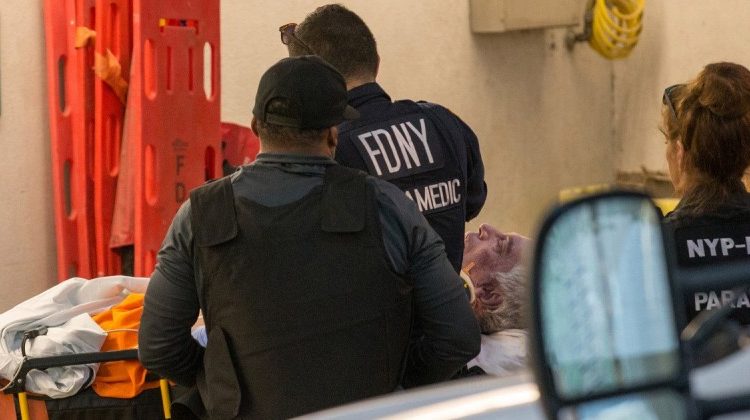 Convicted pedophile and billionaire Jeffery Epstein has died in what’s being called a “suicide”. Despite him being a 23-hour lockdown on suicide watch.

First off, let me be clear, I have no inside information and the reporting is still very early. However, it’s very clear that Epstein did not commit suicide.

Several weeks ago Epstein was found injured in what was called an assault. Questions have surrounded Epstein’s wealth and how he acquired it. Many suggest he made a large portion of it sex trafficking young girls and blackmailing very rich and powerful people such as high-level politicians. It’s obvious that many wanted to see Epstein “go away” to hide their illegal activities.

Less than 24 hours ago 2,000 previously sealed documents related to the Epstein case were released. Those documents implemented a number of people. Now he is found dead?

Epstein was on 23-hour lockdown suicide watch. His cell was equipped with CCTV cameras with guards watching at all times. Standard suicide watch procedures were followed according to the jails Wikipedia. All objects that could have been used to hang himself were removed. 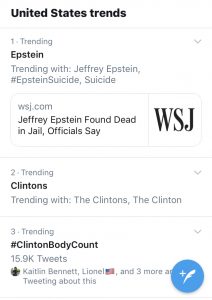 After the news broke earlier this morning #ClintonBodyCount was trending on Twitter. Although it didn’t last too long, it’s interesting that it got past the algorithm.

It’s obvious he didn’t kill himself. The only question is who did it? The one thing we can be sure of is that the power structure has gotten away with it again.

Who would’ve taken over the Soprano crew after Tony died?