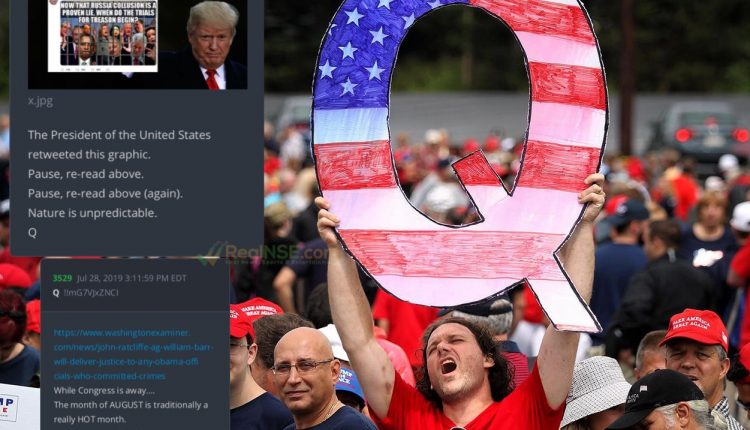 Q or QAnon has dropped another group of cryptic messages. One of them seems to translate to the possibility of major Obama administration indictments pertaining to the bogus Russia investigation coming in August.

Investigate the investigators. That’s what we’ve been calling for for months, some of us even years. Well, it seems Q is trying to tell us that the wait is almost over. He posted these messages over the past few days:

First posting this. Insinuating that these individuals could be facing indictments. 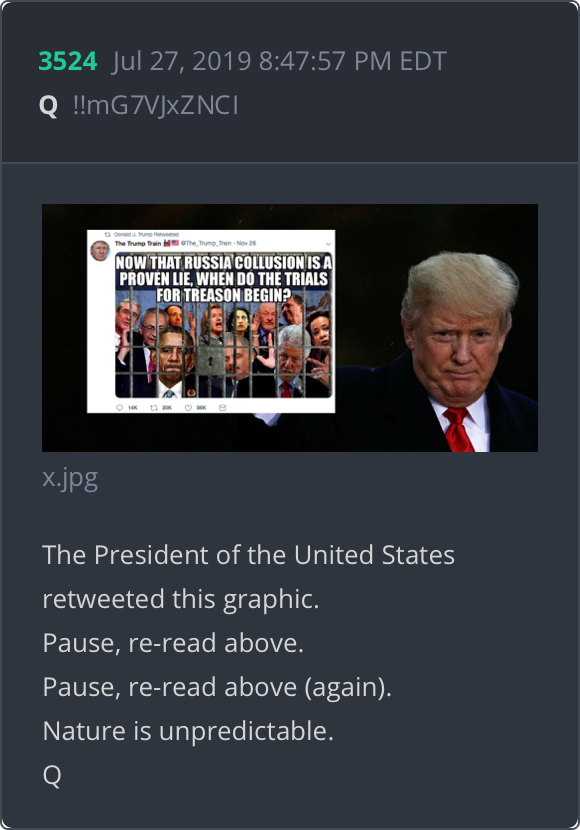 Following it up with this one. Saying August is normally a HOT month, and that nature can be unpredictable. 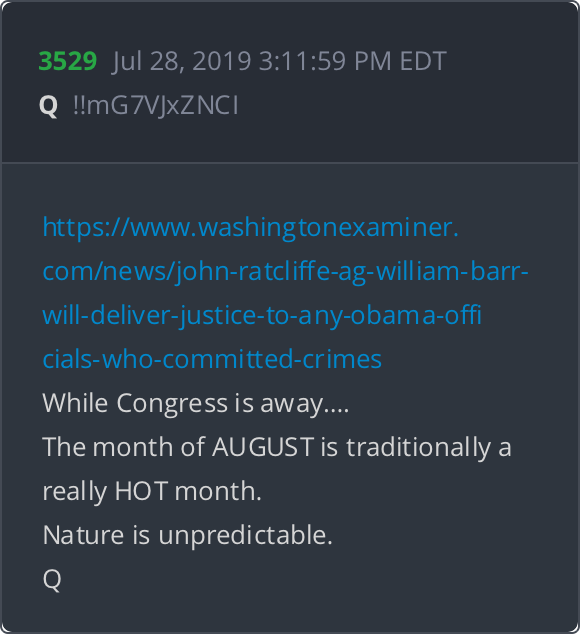 What could this mean? Well, if you take into account  that Inspector General Michael Horowitz’s report into the FISA abuse allegations could be completed on or before Labor Day (Sept 2). Many are predicting that the report will be damning to those who were involved in starting the Russia investigation including many top-ranking Obama officials who may have used illegal and unconstitutional ways to do so.

I hope Q is spot on about this one!