ICE only able to arrest 35 out of the 2,000 illegals from raids2 minute read 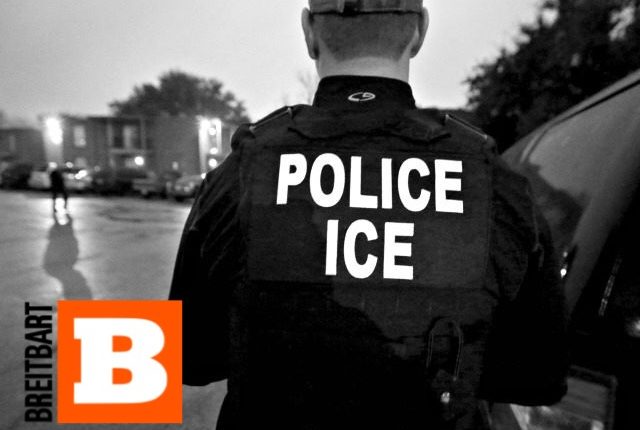 Of the nearly 2,100 illegal aliens who were wanted by the Immigration and Customs Enforcement (ICE) agency in highly-publicized raids last week, only about 35 were arrested and detained, officials confirmed.

Details of the arrests released by officials this week indicate that 35 illegal aliens out of 2,100 were arrested during last week’s ICE raids. These raids are typically not publicized in any way before they occur, with agents only revealing the number of arrests after they are conducted.

In this case, the Trump administration repeatedly confirmed the raids before they were carried out, an error that may have helped tip off illegal aliens, the New York Times reports:

But the publicity may have prompted many of those who had been targeted — 2,105 people in more than a dozen cities who had received final deportation orders but had not reported to Immigration and Customs Enforcement officers — to temporarily leave their homes, or to move altogether to evade arrest. [Emphasis added]

Advance notice of the large-scale operation also gave immigrant advocates time to counsel families about their rights, which include not opening the door or answering questions. On social media, community groups shared detailed information about sightings of ICE agents. [Emphasis added]

ICE officials said that the low arrest number, though, is because this is only the beginning of a larger operation.

The ICE operation was originally supposed to occur about a month ago, but leaks of the raids to the establishment media from administration officials prompted a halt on the plan.