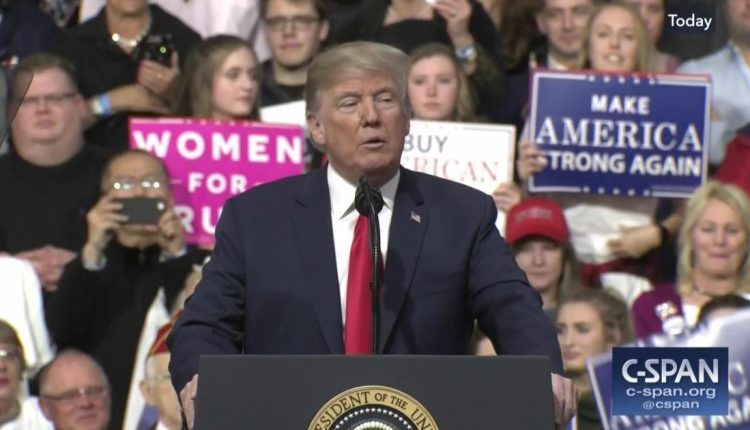 President Trump let loose on the stage last night at his rally in North Carolina. Which is something he does often. But with the news that had just broke that the House was unable to start the impeachment process seemed to give him a clear boost of energy. The POTUS, however, may have crossed a line last night that has many of his Christian supporters concerned.

President Trump was on-fire last night. The energy was popping through the screen. Since it was a 2020 campaign rally, he went over some of the great accomplishments he has achieved so far in his first term among other topics. He even dropped some bad words on stage, which is rare. He normally says “hell” a lot but usually never beyond that. During the rally last night he said “bullshit” and “Goddamn”.

But that wasn’t what really got him into some hot water with Evangelicals. It was the next line…

‘GD’ is a major no-no in the Christian community. And for good reason. The Bible says it is blasphemy, a very serious sin.

Vice President Mike Pence is a devout Christian. I am sure he took the President off to the side after that rally and told him that isn’t ok. Let’s pray for ultimate clarity from the light of God for our  President.