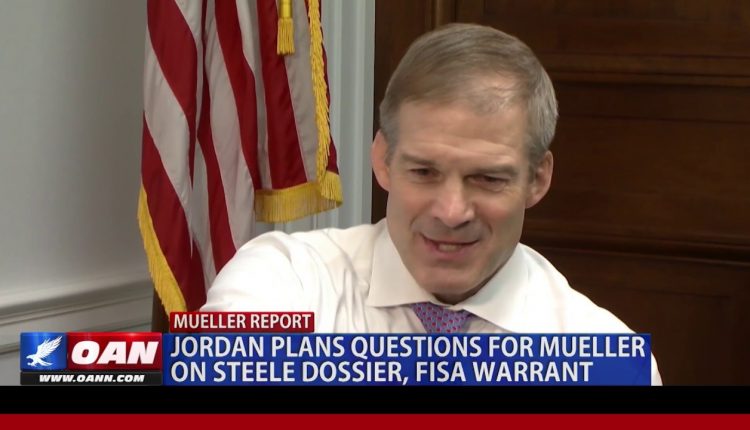 Ohio Republican Congressman Jim Jordan has been at the forefront of exposing the fraudulent Russian collusion investigation and getting to the truth.

Special counsel Robert Mueller has agreed to appear before the House Judiciary and Intelligence panels to answer questions next week, and Republicans are ready to give him the grilling of his career. In an exclusive interview with One America’s John Hines, Judiciary Committee member Jim Jordan talks about the infamous Steele dossier and his strategy for Mueller’s upcoming appearance before Congress.

Robert Mueller is set to testify on Capital Hill on July 24th. OAN sat down with Jim Jordan to ask his about the hearing and what he plans to ask the former special prosecutor in regards to his report.

Jordan is planning to grill Mueller and ask the hard questions. Including why he didn’t investigate the Russian dossier that was used as the basis for the whole investigation, the FISA abuse, spying and much more.

Jesse Lee Peterson wants blacks back on the PLANTATION! Here’s why…

Christians not happy with Trump after what he said last night