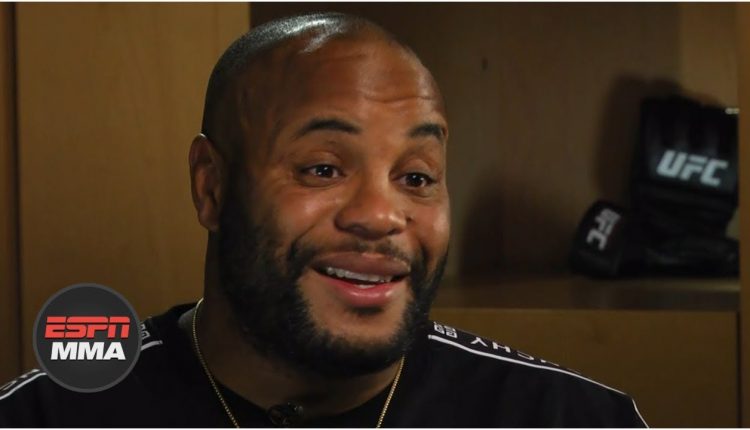 Daniel Cormier sits down with ESPN MMA’s Brett Okamoto to talk about his new ESPN+ series, Detail, getting to meet Kobe Bryant in the process. He also discusses fighting past his 40th birthday and his rematch vs. Stipe Miocic at UFC 241, saying if it couldn’t be Brock Lesnar, it had to be Stipe.

In an exclusive interview with ESPN released today, current heavyweight champion Daniel Cormier says if he fights Jon Jones again it will be at light heavyweight and for a ton of money.

Several months ago Cormier said he wanted to fight one more time and retire. But after successful back surgery, he seems to feel liberated again.

DC (22-1) first has to retain his belt against Stipe Miocic (18-3) on August 17th at UFC 241 before looking ahead to Jon Jones. Cormier knocked out Miocic in the first round of UFC 226 a little over a year ago.

Watch heavyweight champion Daniel Cormier faceoff against Stipe Miocic ahead of UFC 241 at the UFC Summer Press Conference. SUBSCRIBE to our channel here https://bit.ly/308TH1o The UFC Summer Press Conference took place on July 5th at T-Mobile Arena in Las Vegas. Follow me on Twitter – http://twitter.com/LynchOnSports Follow me on Instagram – https://goo.gl/QifPxC Subscribe to theScore on MMA Podcast!

Many think DC should make Jon Jones fight him at heavyweight, a division DC is undefeated in. Jones seems open to that, but DC says he wants to beat Jones at his own weight class.