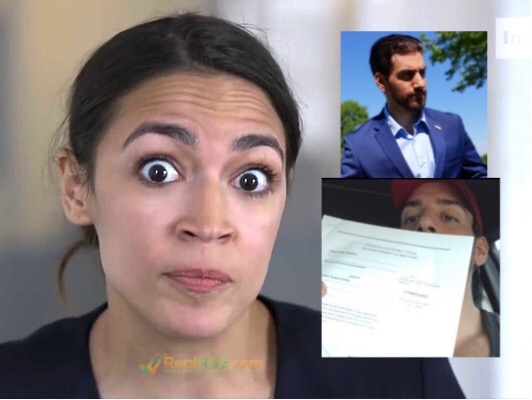 I have officially filed my lawsuit against AOC for blocking me on twitter. Trump is not allowed to block people, will the standards apply equally? Stay tuned to find out!

YouTube star Joey Salads was blocked on Twitter by AOC back in May shortly after announcing his campaign for New York’s 11th Congressional district seat.

Saladino decided to file the lawsuit after news broke that the United States Court of Appeals voted that President Trump cannot block anyone on Twitter.

In the ruling the courts stated that the First Amendment does not allow public officials to prevent someone from engaging with them on an open forum.

We do conclude, however, that the First Amendment does not permit a public official who utilizes a social media account for all manner of official purposes to exclude persons from an otherwise‐open online dialogue because they expressed views with which the official disagrees.

Saladino recorded himself filing the lawsuit, sending off the paperwork and a check for the court fees.

“I’m suing AOC because we need to be able to have a strong and vigorous debate between the parties, otherwise our fragile system of ideas and representation breaks down.” Saladino continues, “Though she is not in a position of power, she is the voice of her generation of Democrat voters, and bigger than some of the Presidential candidates.”

I will fight back against AOC every chance I get. If you want to support a congressional candidate that will do that, please donate to my campaign even $1 helps. https://t.co/kiVvL5htil

According to the court documents, Saladino should win this case as AOC is a public official and the ruling should apply to her as well. We will keep track of this case and report updates as they’re available.