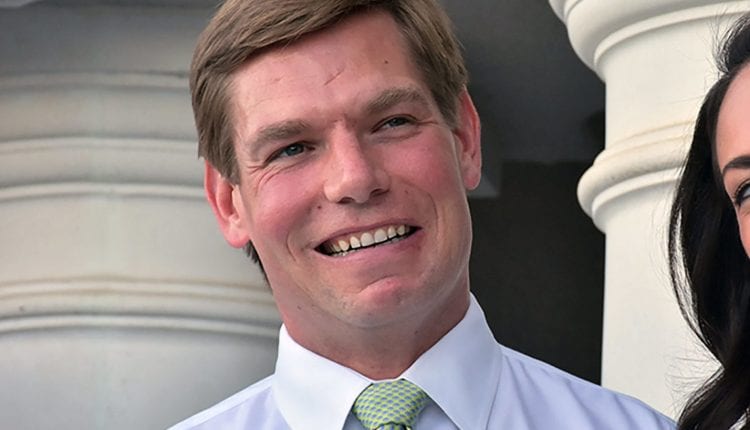 In one of the most pathetic and disgusting attempts at race-baiting I’ve ever seen, Democratic Presidential candidate and current California Senator Eric Swalwell says President Trump wants to not only “cage” Hispanic children but also erase their entire existence.

@ericswalwell @LittleEagle2000 @realDonaldTrump This is the most unbelievable attempt at race-bating I’ve ever seen. Why do you Democrats try to divide us so much?

Trump doesn’t “want to” break up any families. But when we have people who are here legally, then a relative enters our country illegally and then gets deported, how is that a fault of ours? I just done understand this. These people are breaking our laws and not American. Therefore they have no rights or entitlements. They’re criminal aliens, they should be treated as such.

We separate people because we have no way of verifying that they are truly a “family”. Sadly, many smugglers take children with them across the border to exploit our weak immigration laws. Those laws only allow CBP to hold individuals for a certain amount of time before they’re released or deported. However, if someone has a child, the time limit decreases. Meaning more leniency.

For the time the children are separated from their possible parent, authorities attempt to confirm they are truly related. Not doing this would put these children at risk.

Swalwell is using a very typical tactic for the Democrats. Race-baiting. I find it amazing that they actually think this stuff still works. Swalwell is currently polling at 0%.

Trump: John Bolton is a “warhawk”.