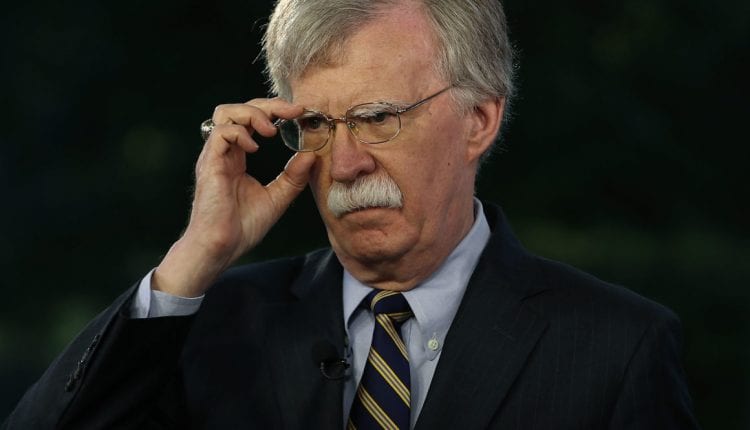 President Donald Trump gives Press conference on the ICE raids and other topics as he heads to Camp David for High Power meetings 🔴Support Golden State Times by SHARING this Video or Stream on Social Media 🔴 Help GST Remain Free and Uncensored Become a Member Here: https://www.youtube.com/channel/UCWXPkK02j6MHW-4xCJzgMuw/join You Get Awesome perks and Exclusive Community tab where we will share behind the Scene Pictures from the White House.

Before boarding Marine One, President Trump spoke to reporters and answered some questions. One of the questions was about his confidence in National Security Advisor John Bolton.

Reporter: You say you’re not a warmonger but do you have confidence in your national security advisor John Bolton?

President Trump: Yeah, I do. Because I have John Bolton who I would definitely say is a hawk.

I’ve questioned why Trump selected Bolton for that position if he disagreed with the Iraq war. Bolton was one of the biggest advocates of invading Iraq in the Bush administration.

The President defended having Bolton in his cabinet.

President Trump: I have other people that are on the other side of the equation. And ultimately I make the decision so it doesn’t matter. But I want – for instance I disagreed very much with John Bolton. His attitude in the middle east and Iraq – going into Iraq, I think that was a big mistake, I think I was proven right but I’ve been against that forever. John Bolton is doing a very good job. But he generally takes a tough posture. But I have other people who don’t take that posture. The only one that matters is me. And I listen to everybody. But I want people on both sides. Having people on both sides to me is very important.