Could this be the start of war? 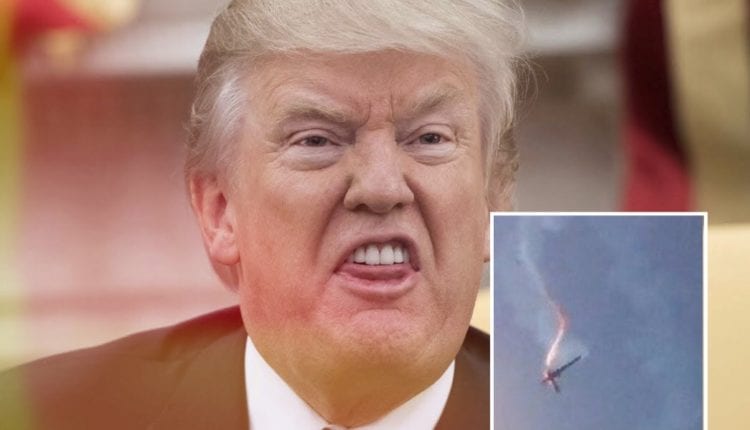 President Trump Press Conference With Canadian Prime Minister Trudeau President Trump and Canadian Prime Minister Trudeau meet in the Oval Office to discuss trade and other issues. 🔴Support Golden State Times by SHARING this Video or Stream on Social Media 🔴 Help GST Remain Free and Uncensored Become a Member Here: https://www.youtube.com/channel/UCWXPkK02j6MHW-4xCJzgMuw/join You Get Awesome perks and Exclusive Community tab where we will share behind the Scene Pictures from the White House.

President Trump commented on the news that Iran shot down one of our military surveillance drones that was in international waters during a joint press conference with Canadian Prime Minister Justin Trudeau.

“Iran made a big mistake. This drone was in international waters.

President Trump was asked the question: “how will you respond”.

Currently, it seems the President isn’t taking this as an act of war, yet.  However, the Iranian regime is starting to act very hostile.

“Borders are our red line,” the Revolutionary Guard general said. “Any enemy that violates the borders will be annihilated.”

President Trump doubled down on his thoughts that it had to of been a mistake.

“I find it hard to believe it was intentional, if you want to know the truth. I think it could’ve been somebody loose and stupid that did it.”