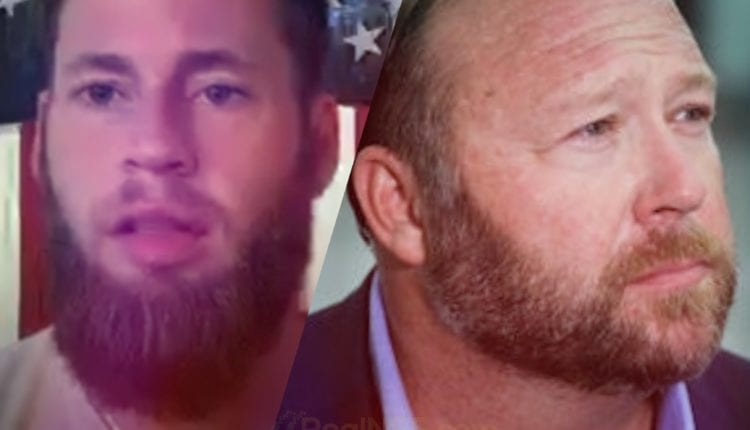 Infowars reporter and host Owen Shroyer announced today that he will be branching out on his own due to the recent news and overwhelming longtime war against Infowars founder Alex Jones.

Jones quickly held an emergency Saturday broadcast with his lawyer to clear the whole thing up and explain what really happened.

The attacks on Jones are not something new. Since he threw his support behind Donald Trump in 2015/16 he has been one of the main targets for the Democrats.

Owen Shroyer is the second most popular figure on Infowars and hosts his own show “The War Room” weekdays 3-6 PM. Like Alex, Owen has also been censored on various platforms including YouTube and Twitter (War Room account).

Big Announcement: With The Constant Attack On Infowars And Free Speech I’ve Decided To Make An Important Career Choice – You Can Support Me Here: https://t.co/5Srgu7fLwK https://t.co/6rZK0NvSuo

Shroyer did a livestream earlier today to announce the news that he is going to start branching out on his own per Alex’s request.

“Alex has basically said that he wants his reporters to start branching out and start their own stuff.” He continues, “he doesn’t want Infowars to be totally erased and then nobody can exist because their not on Infowars.”

Owen went on to say that he is still going to be doing all of his work as usual on Infowars. But has started a SubscribeStar where he will be doing a wide range of additional content including sports, comedy, politics and more.

FULL MOVIE AVAILABLE NOW: http://CensoredMovie.com More Info: https://YouCantWatchThis.com Do we have a right to Facebook? Who decided? In this clip from You Can’t Watch This, Tommy Robinson explains how and why the UK government are putting pressure on private social media companies to censor him from public life.

Alex Jones has insinuated a number of times that he does see the end of his almost 30 year career near. During an interview for the new film “You Can’t Watch This” he said he thinks he only has 5 years left. Then during the live broadcast on his show “The Alex Jones Show” yesterday he said “I think there’s a good chance I’ll be gone in about a year”.

Long time reporter Paul Joseph Watson has also started to branch out by launching his own news website about 2 months ago.

Regardless of what you think of Alex Jones or Infowars as a whole, the attacks on his personal life (custody battle for his kids ETC) and the silencing of him due to his political views should worry everyone. If they can do it to him, they can do it to you.