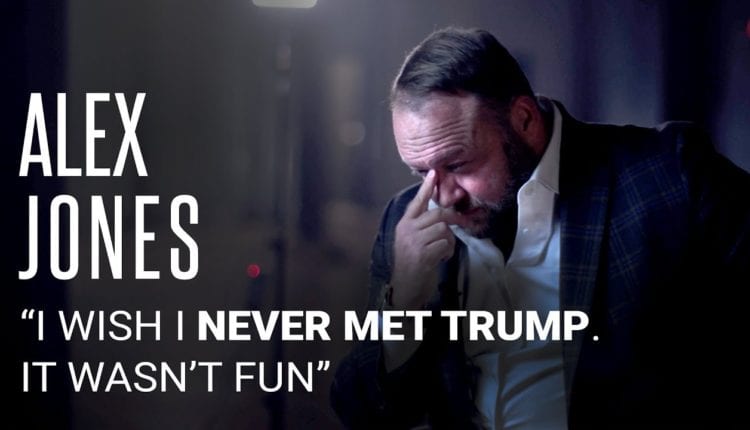 Infowars founder Alex Jones says he partially wishes he never met Trump or Roger Stone during an interview for the new movie “You Can’t Watch This”. The film focuses on individuals who have been deplatformed by big tech companies. It features conservatives such as Tommy Robinson, Paul Joseph Watson, Gavin McInnes, Laura Loomer and of course Alex Jones.

In the clip below Alex Jones talks about how he’s been targeted since putting his support and the power of Infowars behind Donald Trump.

“Part of me – the selfish part – wished I never met Donald Trump. Wishes I’d never met Roger Stone.” Alex continues, “when I signed on, I signed on to be persecuted.”

FULL MOVIE AVAILABLE NOW: http://CensoredMovie.com More Info: https://YouCantWatchThis.com Do we have a right to Facebook? Who decided? In this clip from You Can’t Watch This, Tommy Robinson explains how and why the UK government are putting pressure on private social media companies to censor him from public life.

The Bite Report: Are they biting during a heat wave?