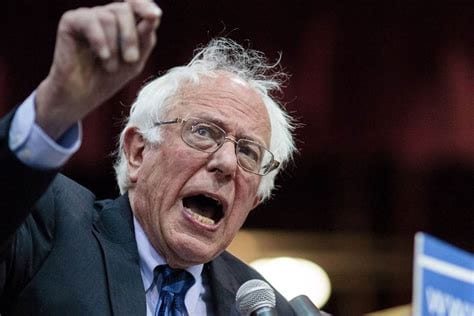 I am not often speechless, but this young Dreamer’s courage took my words away. This is a promise: As president I will provide immediate legal status for Dreamers and their parents, and pass comprehensive immigration reform with a path to citizenship for all undocumented people. https://t.co/BwHiFQPAPr

Democratic Presidential hopeful Bernie Sanders – currently serving in the US Senate representing Vermont – tweeted a video from a campaign town hall that left him ”speechless”. In the video, a teenage girl (exact age not specified) pleads to Bernie for help. She continues by saying she is in the country illegally – although, she calls it “undocumented” – and wants Bernie to vow to introduce legislation within his first 100 days of his administration if elected.

“Today we ask you if you will work with Congress and commit to immediately introduce immigration reform legislation within the first 100 days of your administration,” she goes on to ask for a full path to citizenship for all illegal immigrants.

The girl is very emotion while speaking, having to pause every few seconds to wipe tears away. This, of course, makes Bernie emotional as well. After she is done speaking, Bernie gets up, walks over to her, hugs her and even kisses her on the cheek. Then says he will expand the DACA program to not only include the underage immigrants like her but also the parents as well. He even goes as far as promising to ”end that kind of ugliness and divisiveness”. Since when is enforcing our laws described that way?

She goes onto say her “community” has been “under attack” even before Trump got into office. She doesn’t specify what she means by “attack”. Maybe she means deporting people who illegally cross our border?

During the clip she says she hopes to become an immigration attorney to help people in the same situation. I find that especially interesting. She wants to become an enforcer of the law by helping people who have broken the law and crossed our borders illegally. The hypocrisy never ceases to amaze me with these people.

Is it time to get rid of the two parties in politics?

The Bite Report: Are they biting during a heat wave?