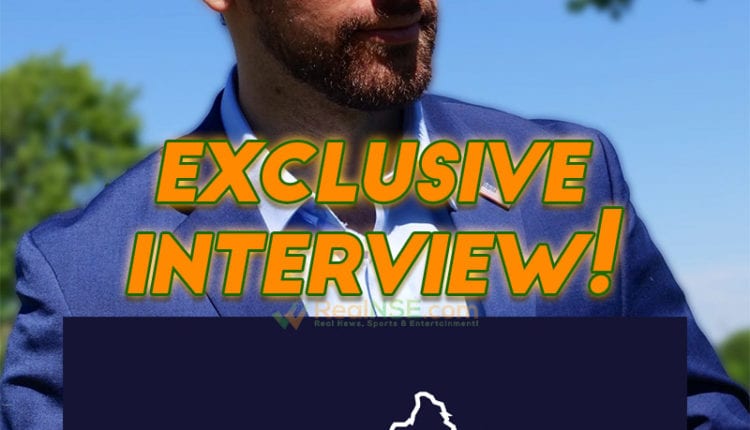 This past Wednesday Joseph Saladino – better known as Joey Salads – officially announced his campaign (press release) for New York’s 11th district Congressional seat. This is big news, seeing as Joey is the first ever YouTube creator to run for political office. Saladino looks to turn his massive social media following (1 billion views a month on YouTube) into votes and unseat Democratic Congressman Max Rose who is in his first term. Prior to Rose winning the election in 2018 the district was very Conservative and run by Republicans. In fact, it is the only district in New York that Donald Trump won in the 2016 presidential election.

Joey is a Staten Island native and extremely outspoken and not afraid to speak his mind, which is exactly what we need more of in our government, especially with the recent Democratic freshman in Congress who certainly seem to hate America, our values and want to implement Socialism.

Thankfully, I was able to get an exclusive interview with Joey to learn more about his political views and get a feel for his campaign. The question I asked will be in bold, Joseph’s answers will be italicized. In some questions I added some context for the subject of the question.

1. What would be your number one priority within the first 90 days in office?

Answer: One of my major goals is to work together with New York Legislators to allocate resources to fix public transportation issues. But I want to have a district first, America First style agenda and fight against the Ivy-League tyranny of de Blasio.

Context: Despite being wildly unpopular with the American people, Max Rose is an advocate of turning New York into a sanctuary state: “I am for sanctuary cities.” Sanctuary cities are going against the federal government and quite frankly ignoring the rule of law and make cities less safe. If someone comes into the country and is caught, normally, ICE would take the detainee back to their country as it was an illegal crossing. Instead of that, if the illegal alien can get to one of the sanctuary cities/states then he/she can stay in American. Using our roads, bridges and not pay any taxes. It sounds like Max Rose thinks it’s ok for Staten Islanders to foot the bill?

2. Do you support New York City being a sanctuary city? If, not, would you fight any legislation that is pro-illegal immigration?

Answer: I am against sanctuary city policies and I would fight legislation that is pro-illegal immigration.

Context: Healthcare for all has been something you’ve been hearing for quite some time now. Democrats (including Max Rose)  think it’s a great talking point to run on. But never seem to fully explain how they would pay for it. I wanted to get Joseph’s take on universal healthcare since it is so popular.

3. Your opponent and current Congressman Max Rose ran on universal healthcare. Do you support healthcare for all?

4. Congresswoman Alexandria Ocasio-Cortez (D-NY 14th District) fought against bringing an Amazon headquarters into New York and even celebrated when Amazon decided to go elsewhere. This would have brought billions of dollars in tax revenue to the city and state as well as thousands of jobs. What are your thoughts on that? And would you have advocated bringing Amazon to New York?

Answer: I’m surprised Amazon fought so hard to put their location in Long Island City with how hostile the City is to hard-working people. It’s a real shame and it would be nice if they put it in NY-11 district instead. Look, Rep. Ocasio-Cortez fought against a company locating a headquarters outside her district, very shameful display of weakness by everyone to be bullied by her.

I don’t know if Amazon would want to come back, but I would support them if they did. In general, like every other technology company, they need to make a concerted effort towards Free-Speech and America First and focus on not censoring products and employing American citizens.

Context: From 2013 all the way up to 2018 a Republican had that seat in NY 11th District. I thought Dan Donovan was a weak candidate. That is why the Republicans lost that seat in Congress and it seems Saladino concurs.

5. Your district just recently flipped from having back to back Republican Congressmen to now having a Democrat in that seat. Why do you think it flipped from red to blue?

Answer: Rep. Max Rose wanted it more and outhustled the Rep. Dan Donovan’s campaign. He had a tremendous amount of financial resources from outside the district, and unknown amounts of PAC spending supporting him as well. It’s going to be an uphill battle. I have my people working on ‘lessons learned’ on what the Donovan campaign did or did not do, and we’re going to have a massive war chest to retake the district.

Context: Our second amendment is truly under attack. Many Democrats want to ban “assault rifles”, yet they don’t even know what that phrase means. I cannot stress enough how badly we need more pro-second amendment people in government.

6. Are you pro-second amendment, as it was written by our founding fathers?

Answer: I am a pro-second amendment. It was designed as a deterrent to tyranny and a method of practical self-defense.

7. Do you support Trump’s border wall?

Answer: I support the President’s border wall. I hope the President makes efforts to enacting mandatory E-verify and other pragmatic immigration solutions as well.

Context: And finally, we have to talk about it. If you have followed Joey Salads for a while you already know what I’m going to talk about.  His channel is best known for prank videos and some pretty controversial social experiments. Some of which could be viewed as “inappropriate”. I wanted to get his opinion on his past videos and how he will handle it when his opponent brings those up. Joey had a great response!

8. Your opponent will surely attempt to use some of your past controversial videos and social experiments against you. For those who may not be familiar with your videos and may be shocked at some, what would you say to them?

Answer: I hope my opponents to come after me for controversial videos. My story is one of personal growth and making a career out of being a social media personality. If you haven’t made mistakes or made enemies in your life, you probably have taken an excessively safe route. I don’t do that.

Be sure to show support to Saladino!

You can donate here!

Biden voted in favor of underage abortion without parental consent

Must watch: This PROVES Twitter’s bias against Conservatives