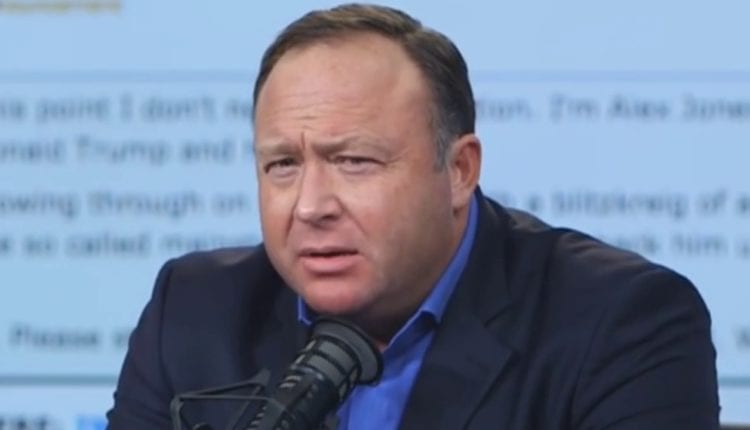 On 3/5/19 Alex Jones took to the infamous “The Donald” Subreddit. There, like-minded people come together to share news pieces, stories, pro-Trump MEMEs, and AMAs. AMA stands for ‘Ask Me Anything’. Many celebrities and even politicians do AMA sessions. It allows the fans to get their questions answered.

Alex Jones and Infowars have done an AMA before. If I remember correctly it was around the 2016 Presidential election time. It went very well. I even got a question answered.

But this go around, it did not. In fact, it was more of a train wreck. See, Alex just had a pretty major surgery on his left bicep. I believe he said it was a complete tear of one of the bicep heads. It has been wrapped in a compression bandage all week. Instead of taking off work, Alex comes right back on air. Little to no time missed! That, to me is very respectable.

Throughout the week there was no outbursts or any visible difference in Alex during his daily show (M-F, 11-3). Until the night of the AMA segment. Now let me start off by saying I’m a big Infowars fan. I watch The Alex Jones show almost daily. Also, I’m not trying to embarrass Alex whatsoever. I’m only pointing this out so all of those people who hate Alex Jones will understand exactly what happened during that segment. And to put the real story before the mainstream media starts spreading fake news about Alex Jones.

Throughout the segment, Alex gets worse and worse. And at one point he does start nodding out. Many people think Alex was drunk. But honestly, he was taking pain medication. And it’s important to remember that he did just have pretty major surgery on his bicep. So that pain medication was certainly prescribed by a doctor.

I’m sure Alex does feel a little embarrassed by it. If he’s even seen it back. But this really isn’t something to be embarrassed about. He was in so much pain that he needed to take the medication that a doctor gave him. Instead of canceling the segment – which again I want to point out, this was an extra segment for the fans, not one of their scheduled syndicated shows. So he could have easily canceled the segment to reschedule. But he didn’t because he knew how many people were excited about this segment and that they submitted a whole bunch of questions for Alex. He wasn’t going to let them down so again, he took his medication and fought through it.

Thank you, Alex Jones, for your hard work and all you do for us!
-Nicolas Bowling